Adapted for stage by Ana Duša

Mirroring the basic performing premise of the performance being a storytelling, I wanted to produce the costumes able to stay both “inside” and “outside” the story. The costume design should not hide the fact of acting, while it should still be able to help the attachment of the audience to each character. The shape, meaning and impression of the costumes are created so to borrow from the past in a manner that can still leave the audience with the feeling it could all be possible to happen nowadays.

Costume is meant as a uniform for an “actor-clerk”, who has to deliver all kinds of tasks/parts. The Narrator stands apart and promotes each actor into a certain character. Actors use different posture, voice, mimics and a piece of prop, to become “someone else”. At first, equal clothes create semi-clownish, friendly figures. Dark occasions in the kingdom will promote some into the authoritarian squad-look. 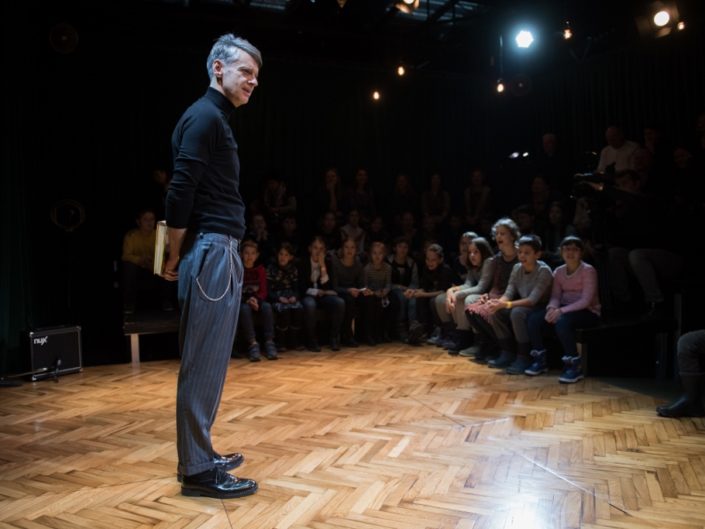 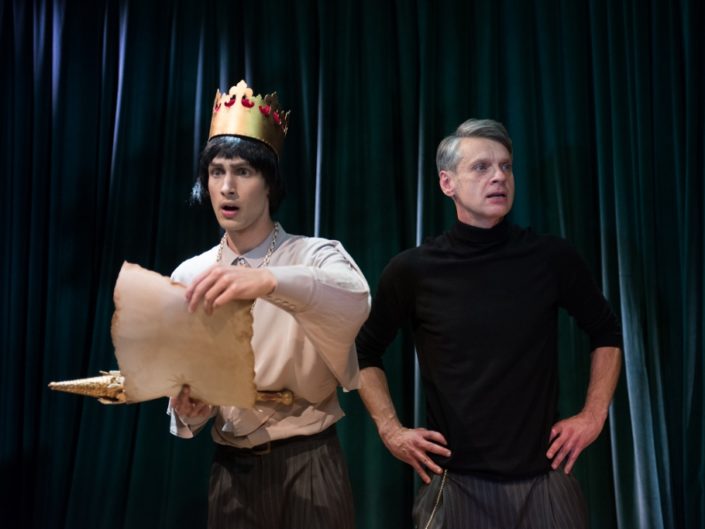 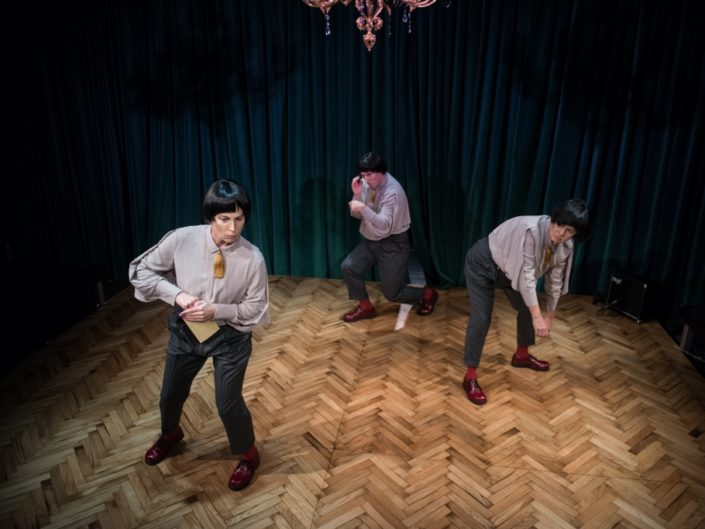 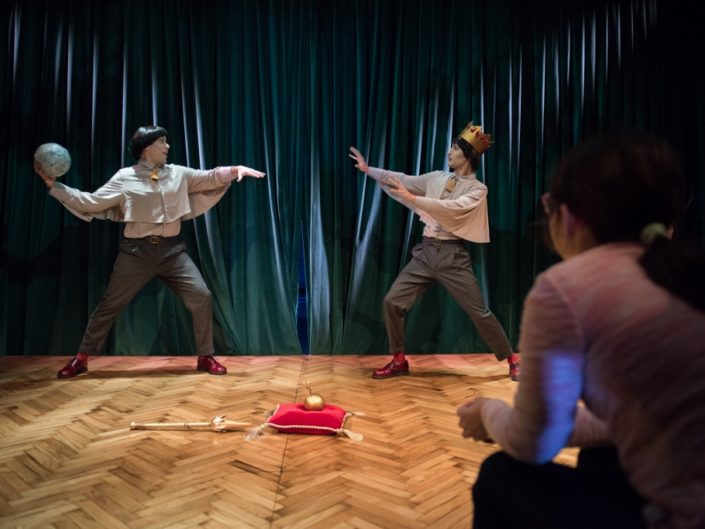 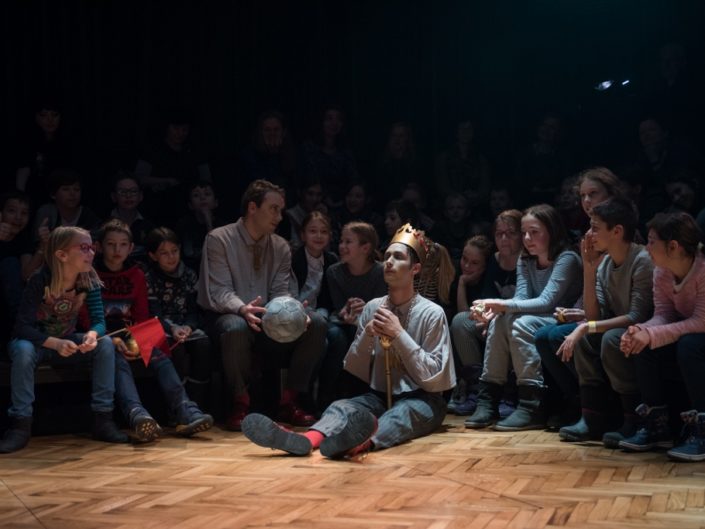 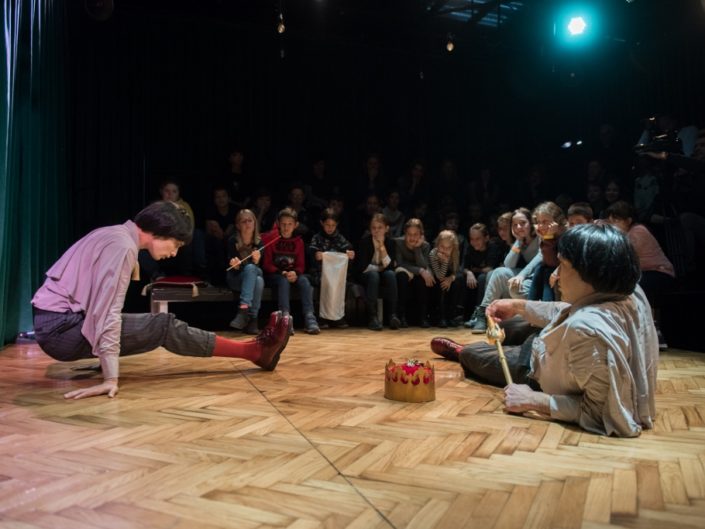 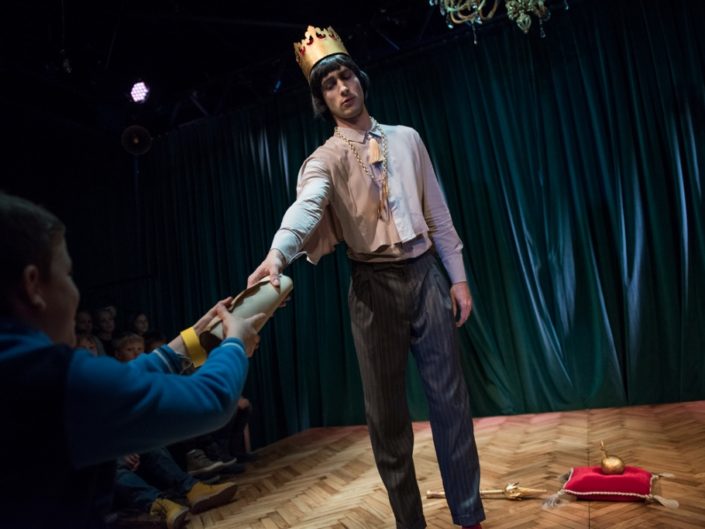 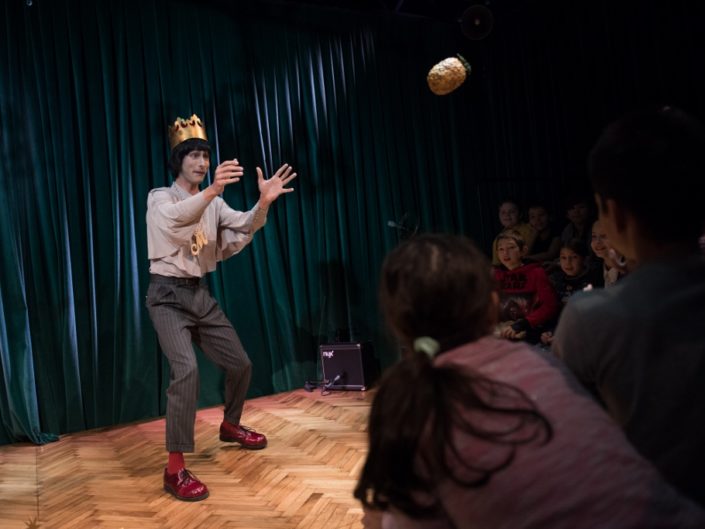 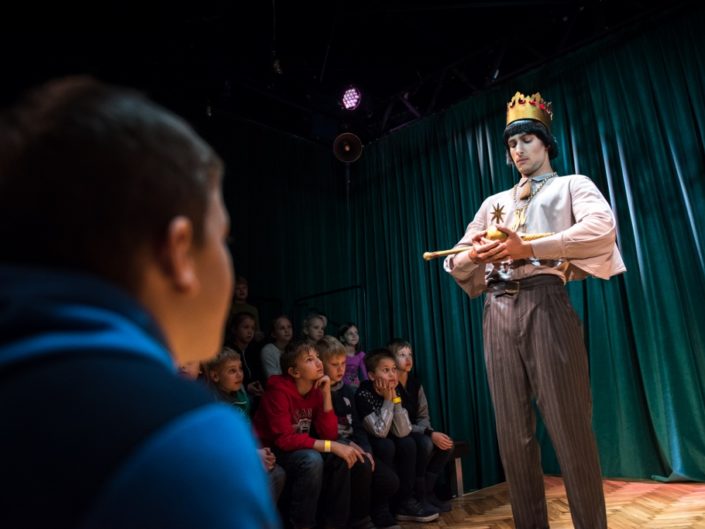 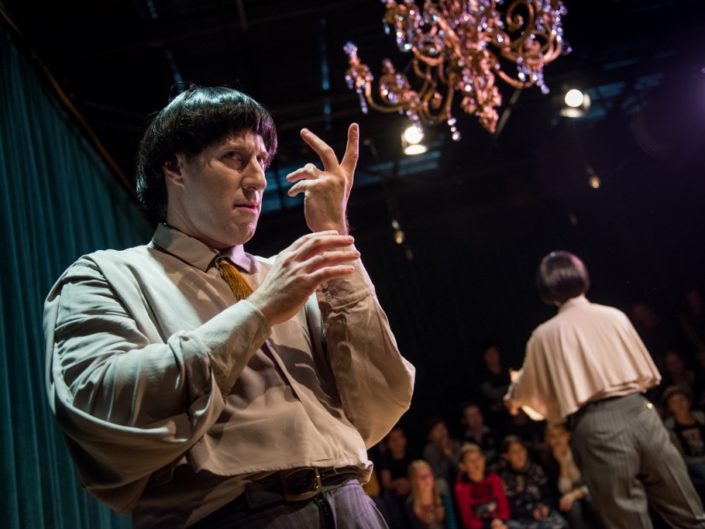 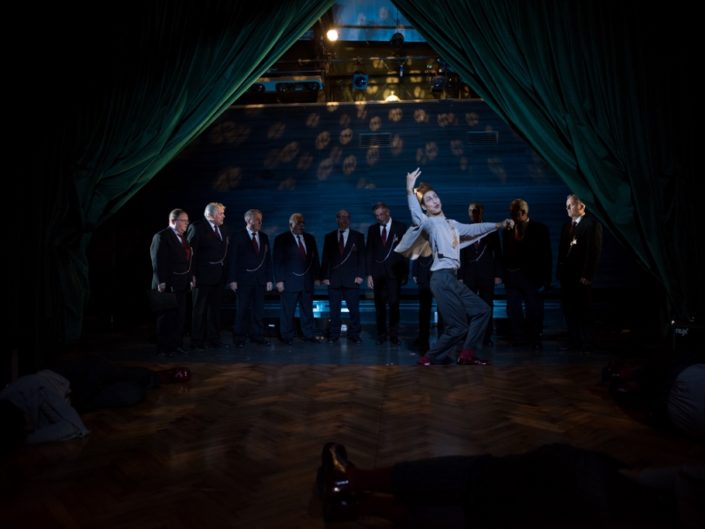 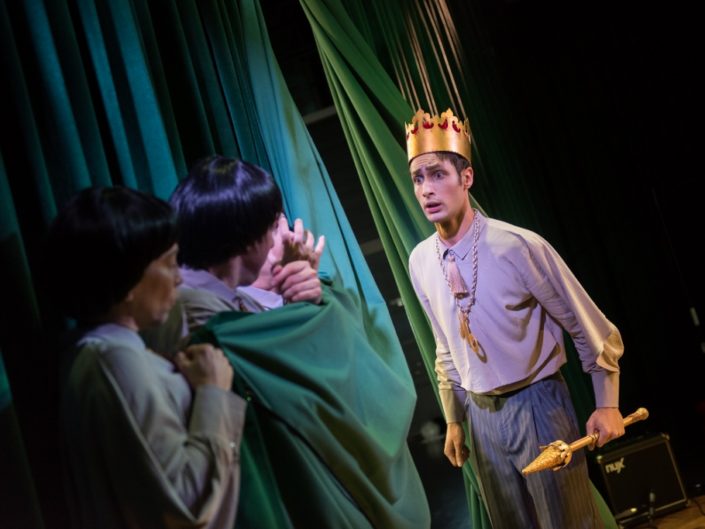 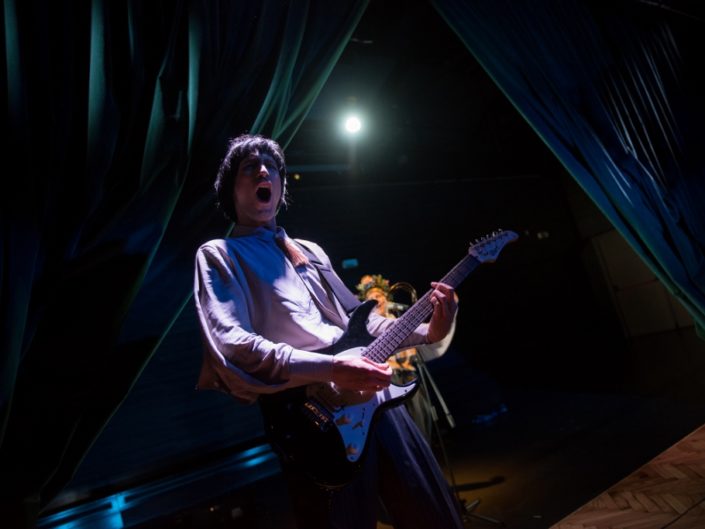 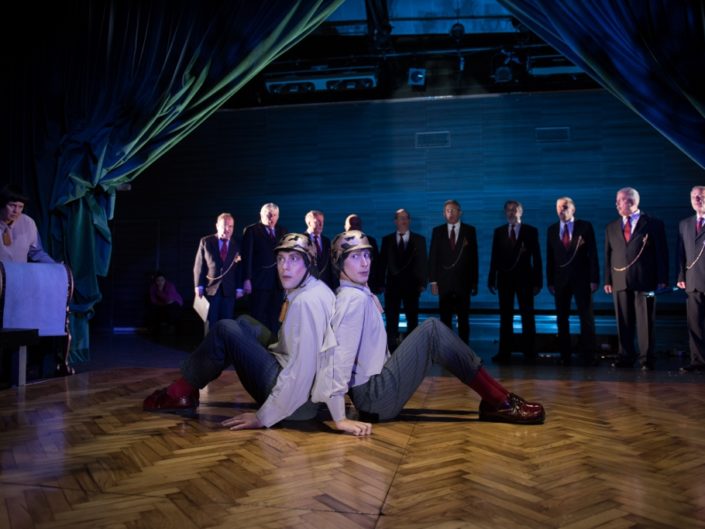 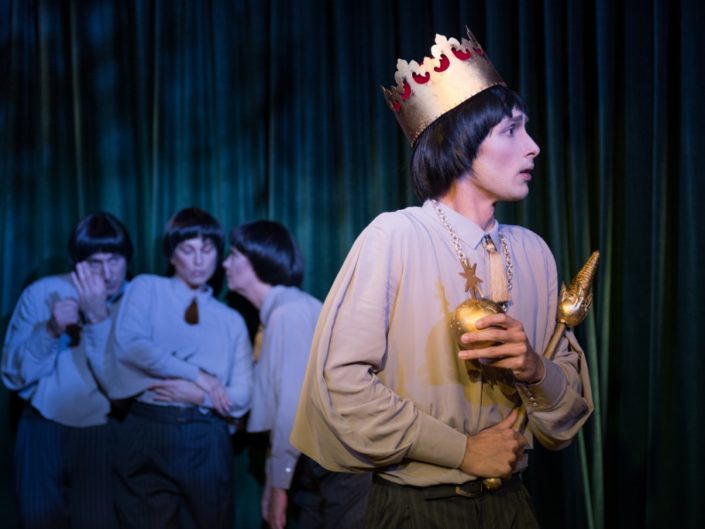 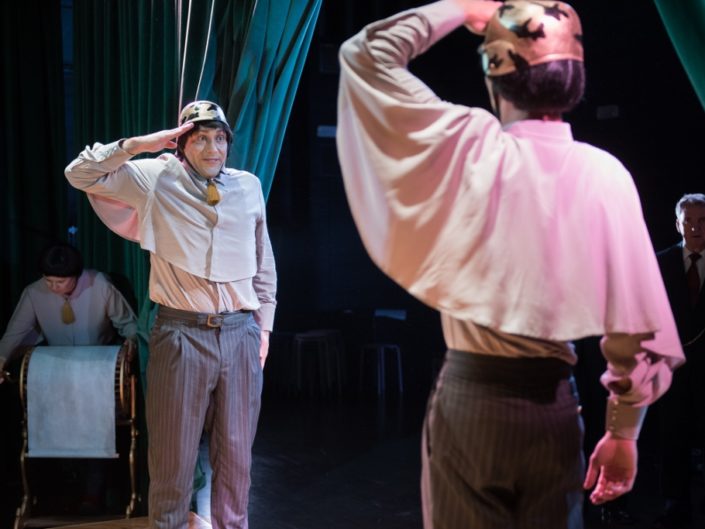 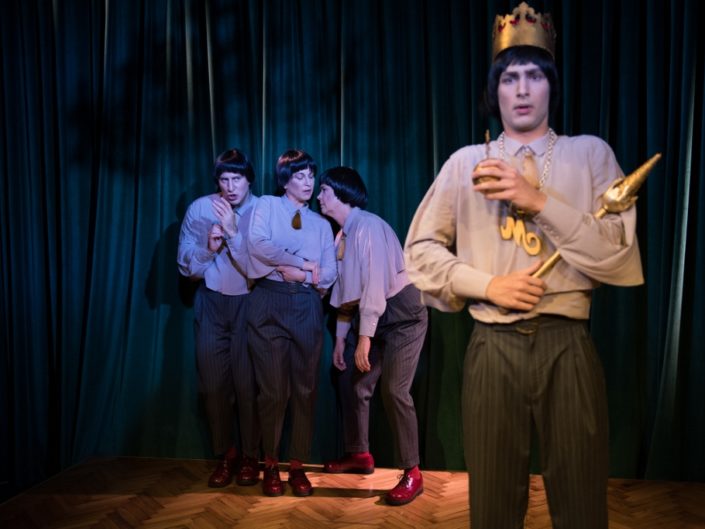 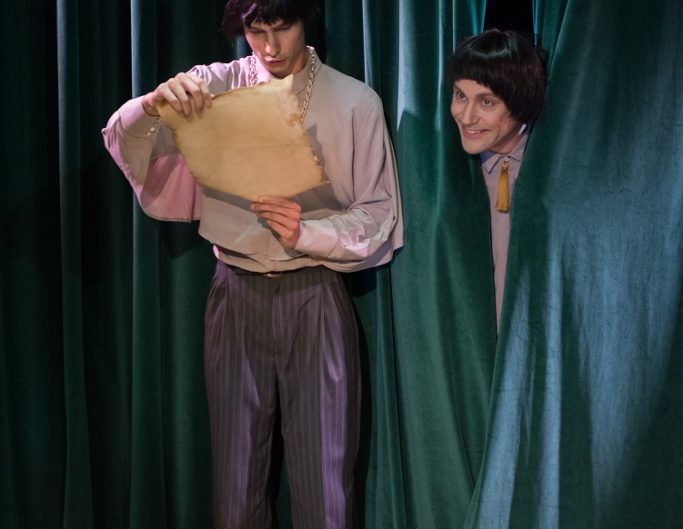 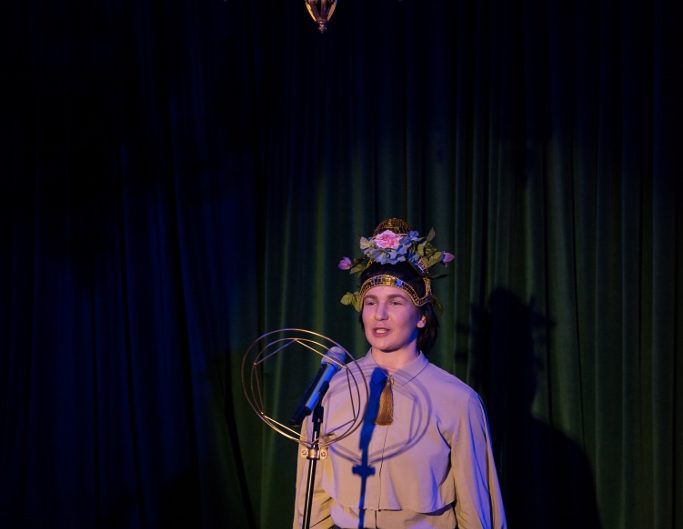 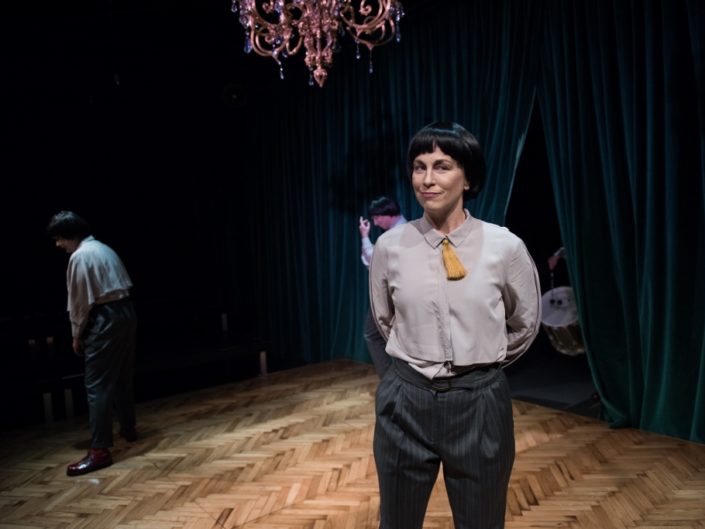 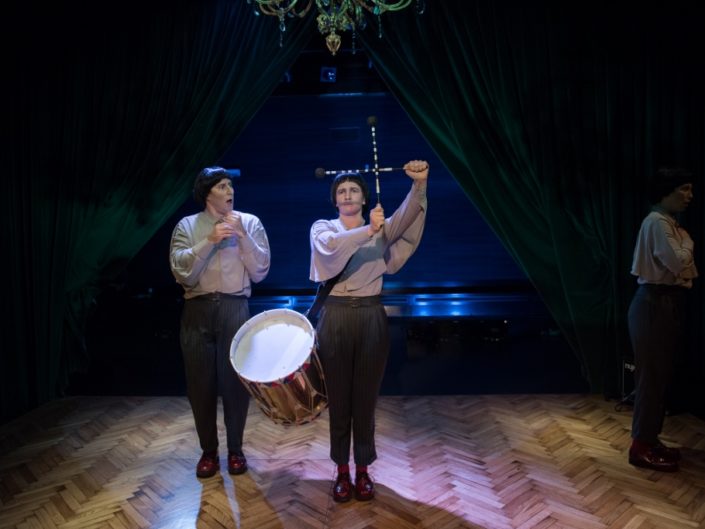 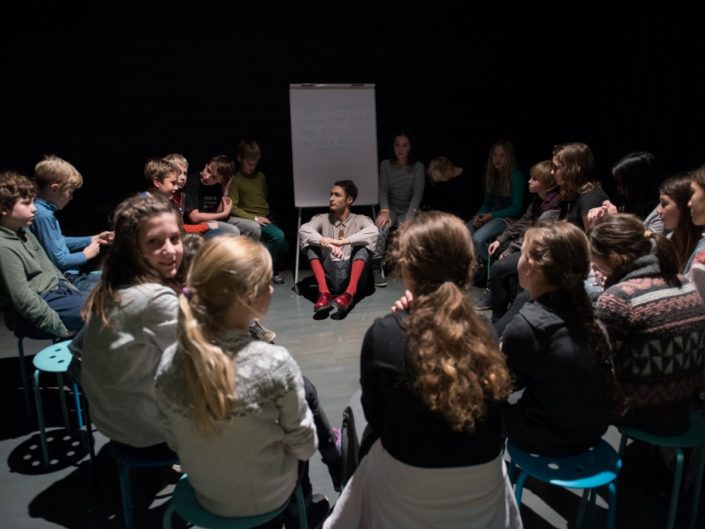 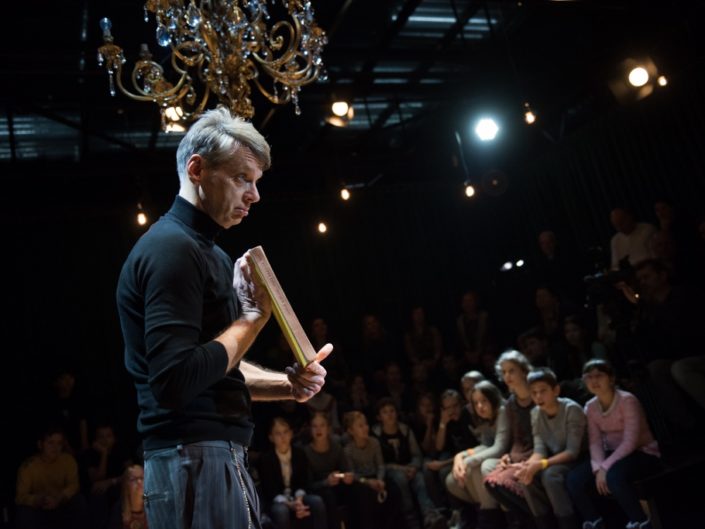