Blood on the Cat’s Neck

BLOOD ON THE CAT’S NECK. MARILYN MONROE VERSUS VAMPIRES

The prize for the best show and collective play at the 3rd Festival of New Theatre during the 55th Rzeszow Theatre Meetings, 2016

The story of our play happens between eight characters presenting Society. They are visited by an extra-terrestrial being, who is coming to Earth to learn about Western democracy. The usual assumption of people as normal, versus the alien that is strange, is challenged by the outcome of their interpersonal relations. The world of violence people create, makes a difference between being a human being and being human into an insurmountable gap.

What is it that our perception takes for granted?
How can the very idea of human, be made and analysed onstage?
How does the difference between natural and unnatural operate in the context of theatre, where both are constructed and deconstructed in front of our eyes?

As every identity inside a group is a product of certain constellations and policies of that group, so it is the very understanding of members of that group, of what it is to be natural or human – onstage as well as offstage.

The actors open the show dressed in theatrically made “human skin” embodying the idea of natural through neutral. A bunch of entangled people in tan-coloured clothes form the look of a somewhat pre-creational fused mass. This sort of continuous and amorphous body, slowly ejects each performer from this united figure. It is by separation (or exclusion?) that the collective form generates them into visible and distinct “human” figures.

Further on, each of them is able to attain certain specificities and build differences that make them more recognisable, by the act of putting on differently shaped and coloured parts of costumes. Singularized and thus perceived as individual, they are produced into specific members of society.

During the course of the story, they change the roles among each other by performing a simple swap of the most recognizable item. The chosen “exchange” or “character” item is the one that gained the most importance by the specific use onstage. A certain action in certain constellation is what promotes an item into a character’s main signifier and more – the item stands for, and even acts as a specific character itself.

In the mind of a viewer, it is the clothing object that wears (the memory of) a character that used it. Even when it loses its primary performer-carrier, the garment continues to carry on the idea of an abandoned “subject” and relocates the character onto the new performer. Since strongly established as the character itself, the mistreated hat that belongs to the character of the Girl, is being experienced as an abuse of the girl herself. 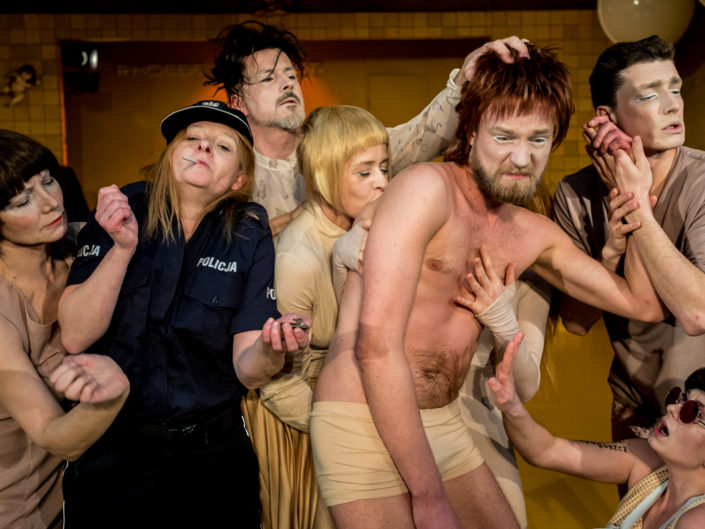 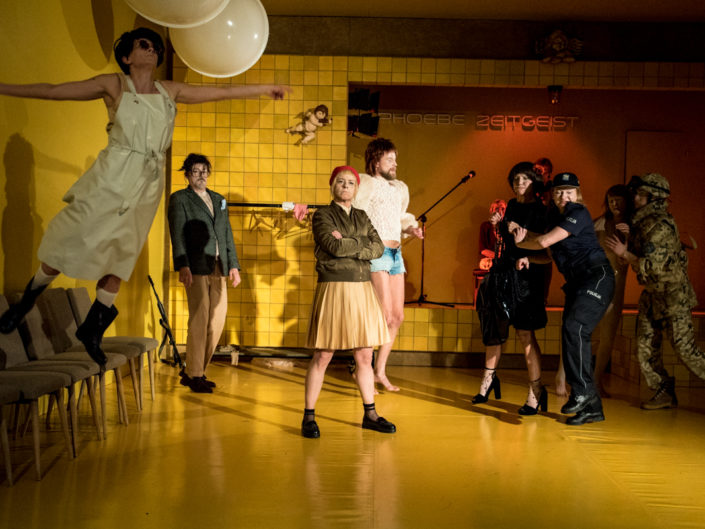 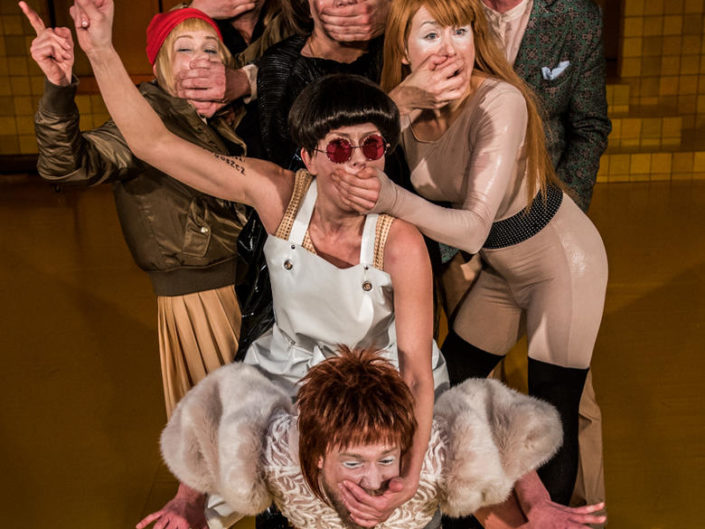 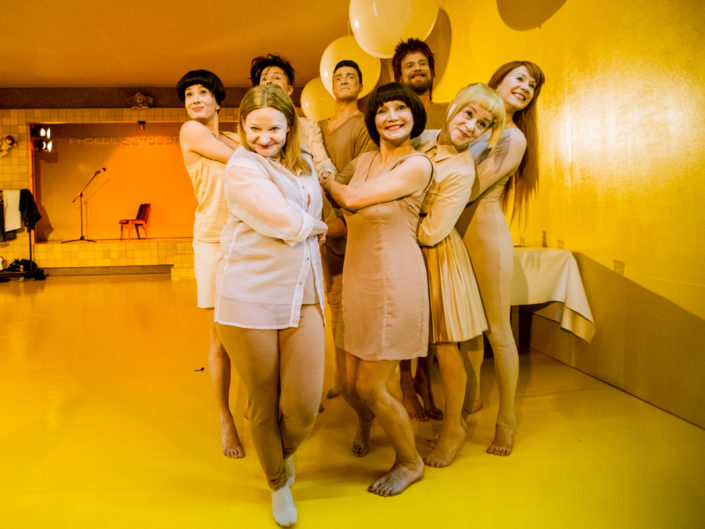 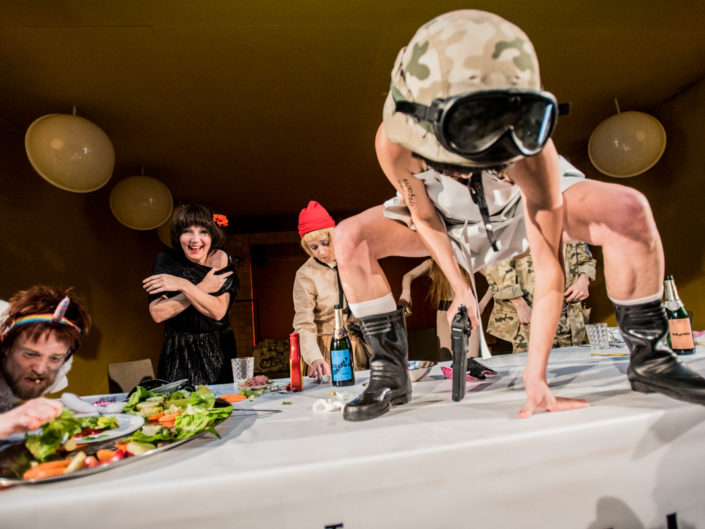 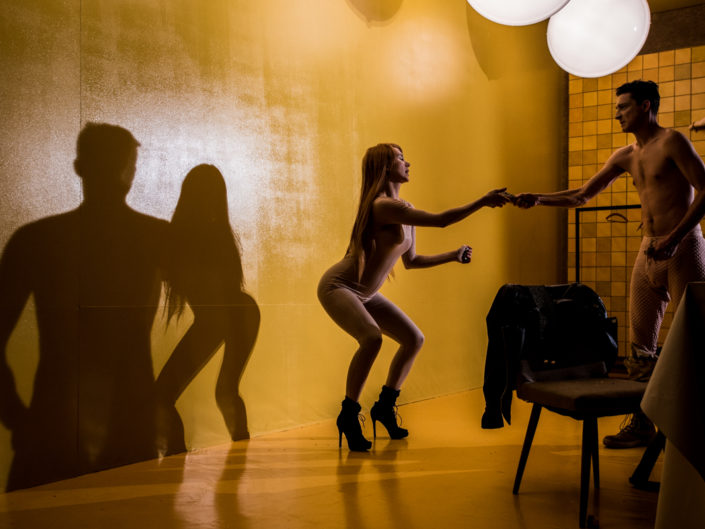 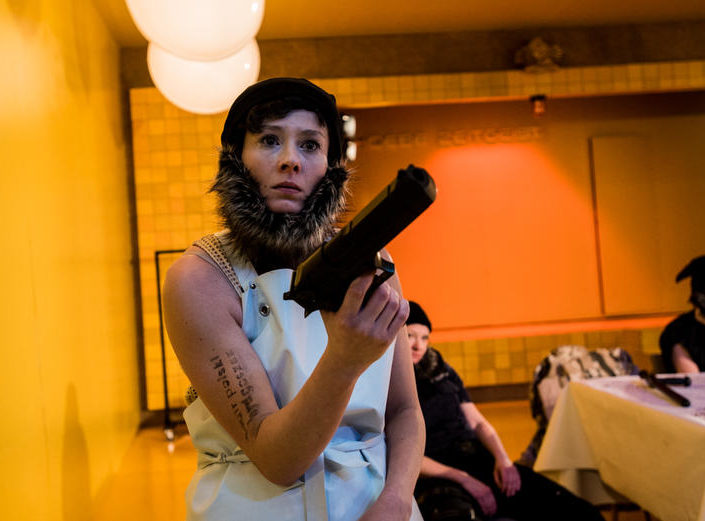 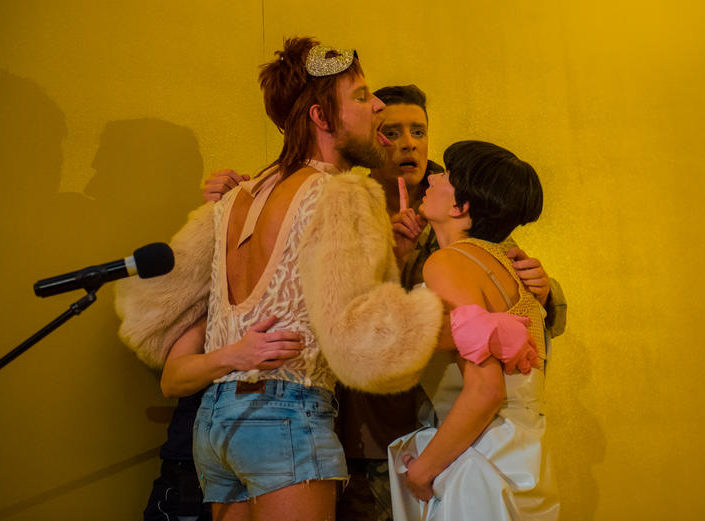 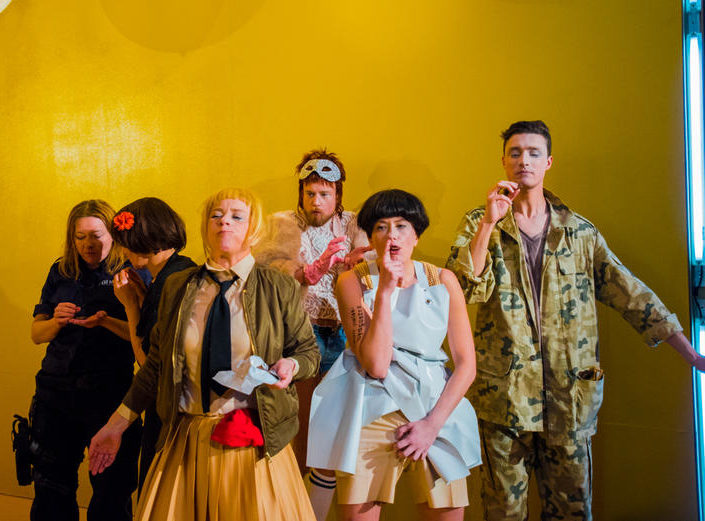 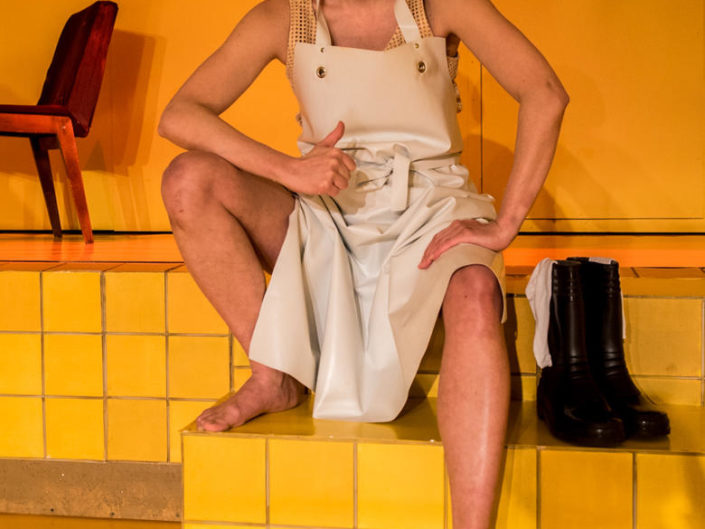 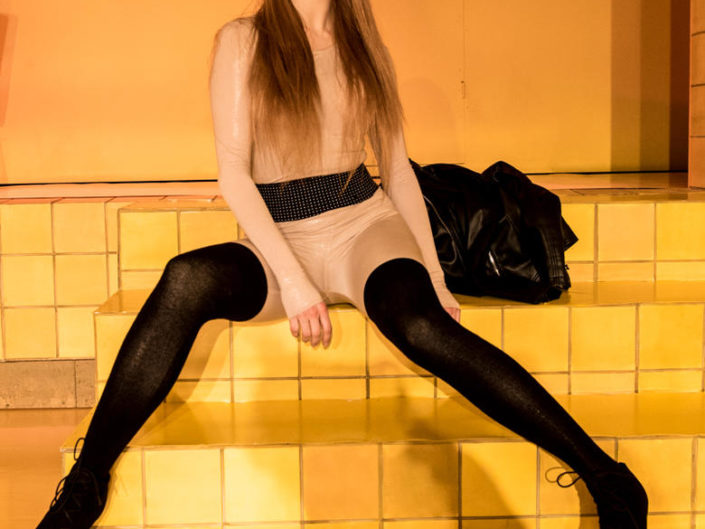 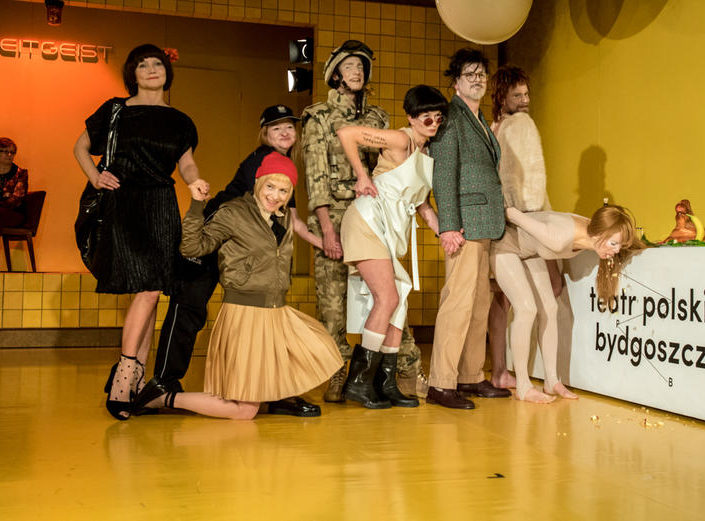 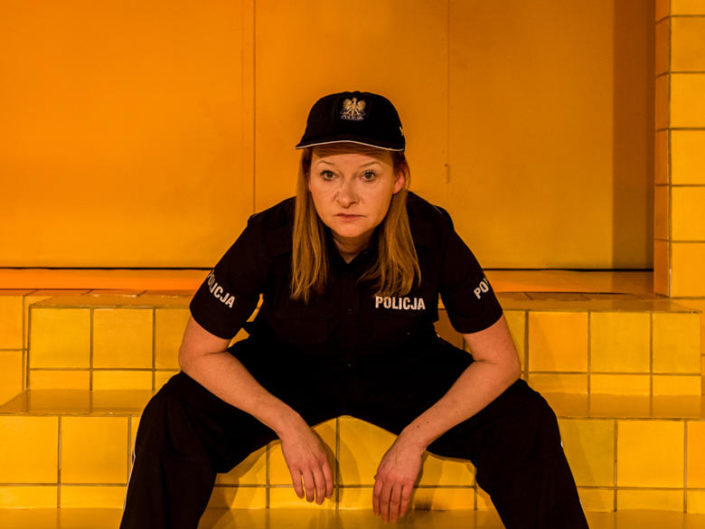 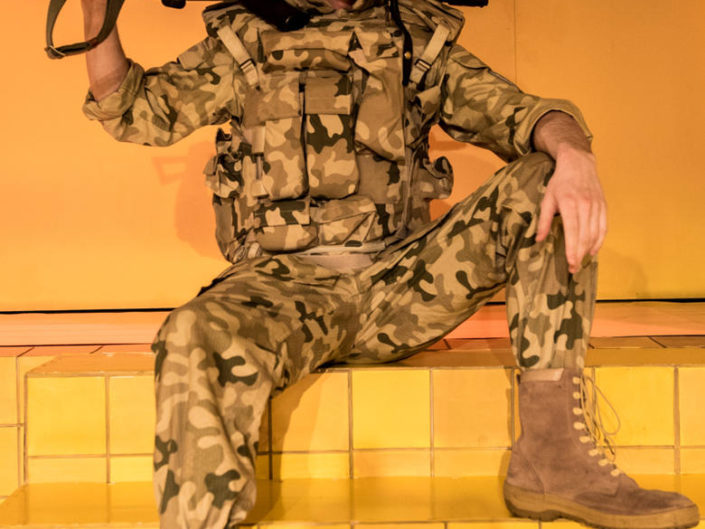 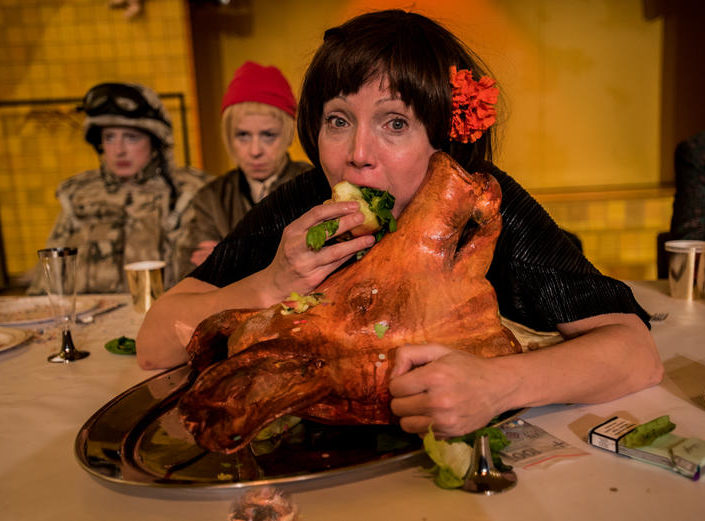 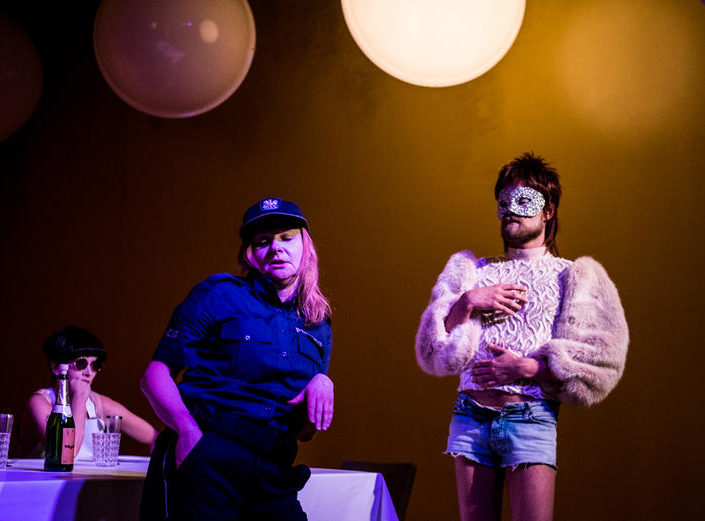 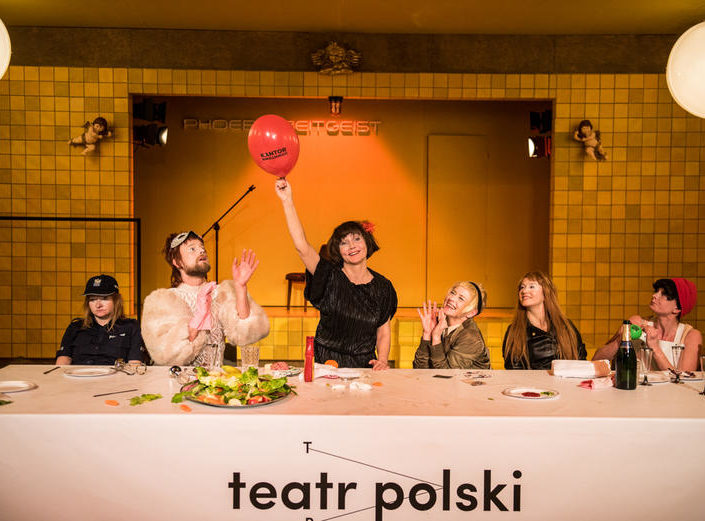 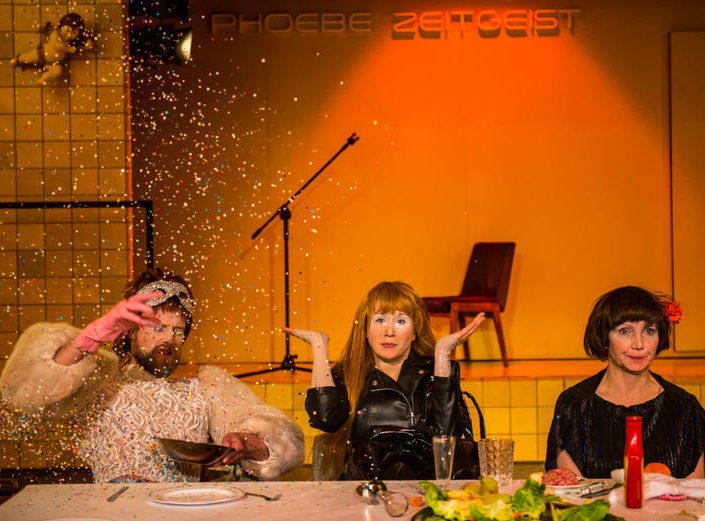 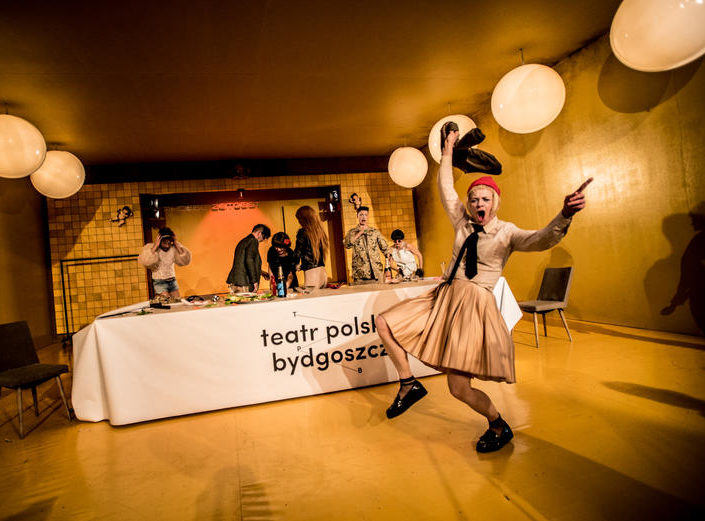 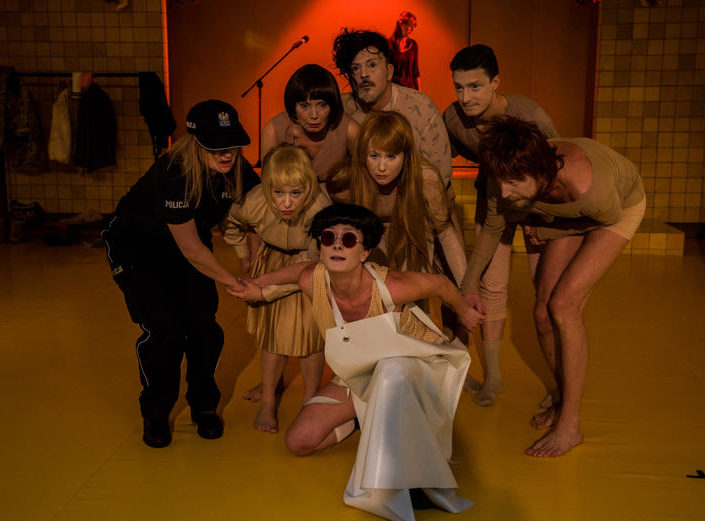 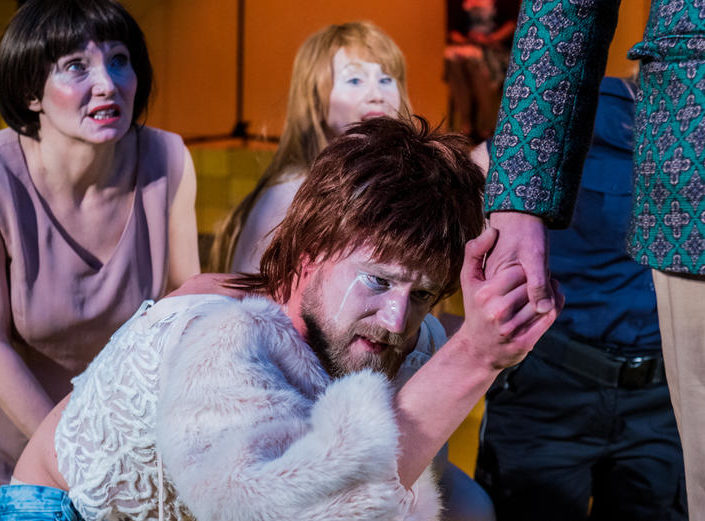 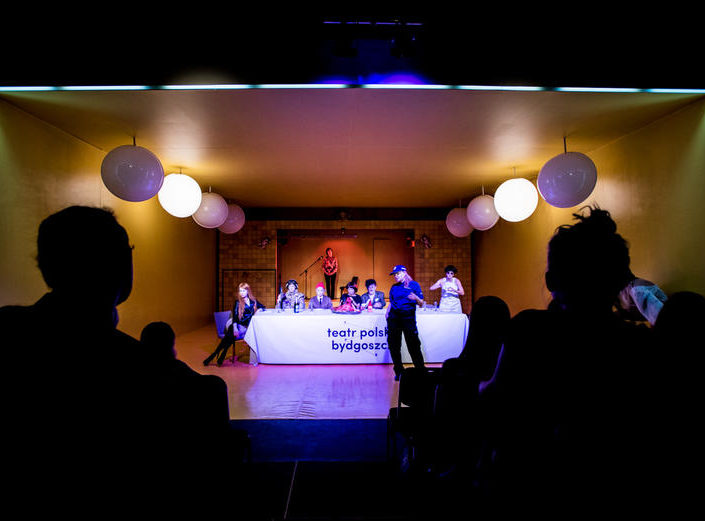 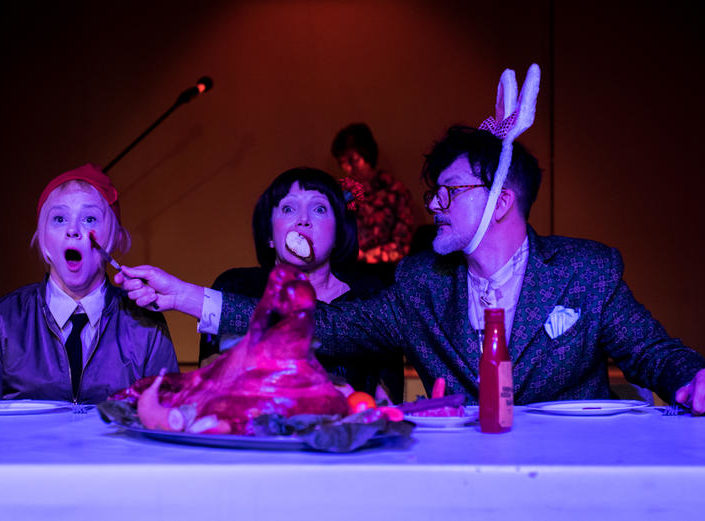 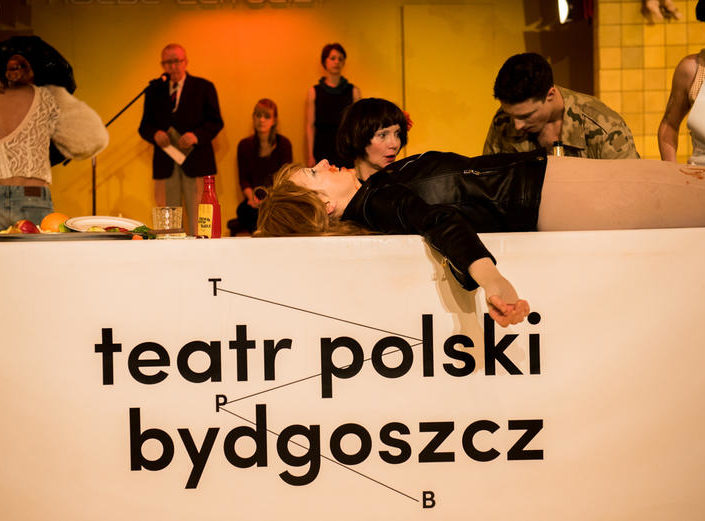 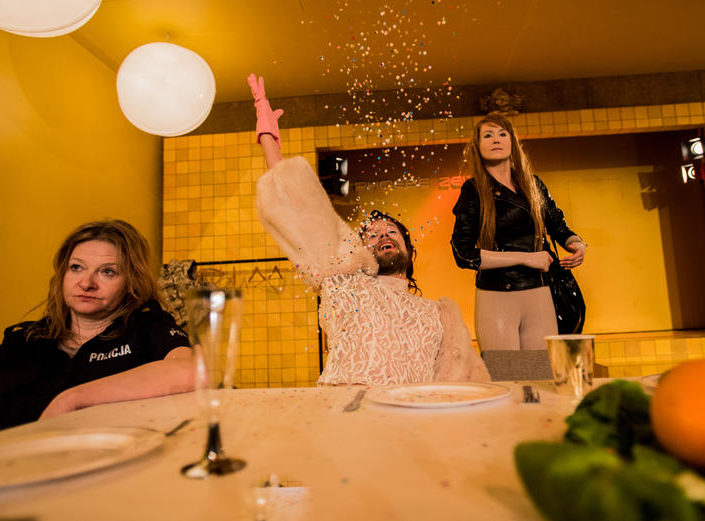 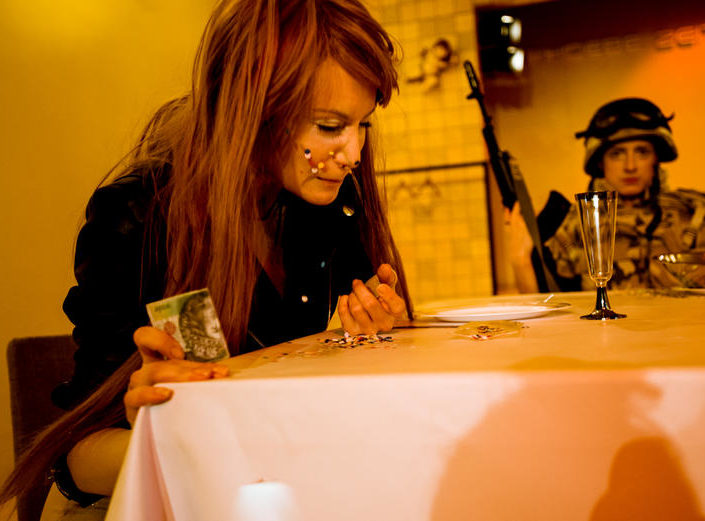