Brian Friel’s version of Uncle Vanya could go anywhere. It premiered at the Gate in Dublin in 1998, London saw it in 2002 at the Donmar Warehouse, and it has played in the States, too. But it acquires a particular resonance when staged in Northern Ireland, from where Friel – still going, though frail, at 83 – himself originally hails.

Through his subtle act of appropriation, draping this Russian classic in Irish-English colours, and through the decisions of Belfast-born director Mick Gordon, the plight of Vanya and his niece Sonya gains an added localised focus.

The play’s melancholies, regrets and frustrations are timeless, but when you hear Ian McElhinney’s infirm, unlovely, over-pampered academic Serebryakov (Sonya’s father by his first marriage) reveal his plan to sell the estate they have toiled over, as though they were tenants in their own home, his lordly English accent puts the action in step with the tensions of Irish history.

This isn’t laid on with a trowel; if anything Gordon’s production strains hard too hard to offer a compensating sense of abstraction. The clothes are modern, just vague enough to allow hints of bygone eras. Period trappings have been swept away, barring a symbolic, spot-lit samovar. Igor Vasiljev’s design consists chiefly of an array of white wooden chairs, arranged in the first act to face outwards in a row, as if we’re watching a theatre-workshop account in the style of Louis Malle’s Vanya on 42nd Street. A vista of receding frames – each bearing a different monochromatic blur of foliage – is slowly assembled, act by act, like the scenic answer to a set of Russian dolls.

It’s tough going on the actors in such an exposed space, but even shorn of props, the play still works perfectly well. Blessed with a childish-cherubic face but plumpish, cardy-wearing and grey-haired, Conleth Hill proves petulantly amusing and quietly touching as Vanya, an unremarkable man going spare at the thought of all those missed chances.

He has strong ensemble support, especially from Declan Conlon’s Doctor Astrov, passionately and presciently concerned with climate change, while Siobhan McSweeney’s Sonya flares with girlish happiness in her unrequited devotion to him. I adored, too, Barbara Adair’s worn old servant Marina, hands clasped and emptily beatific at the end, intoning “Now I Lay Me Down to Sleep”. Not in the original, that, but it fits like a glove.

Friel is often described as the “Irish Chekhov” – here that keen artistic kinship is unmissable. 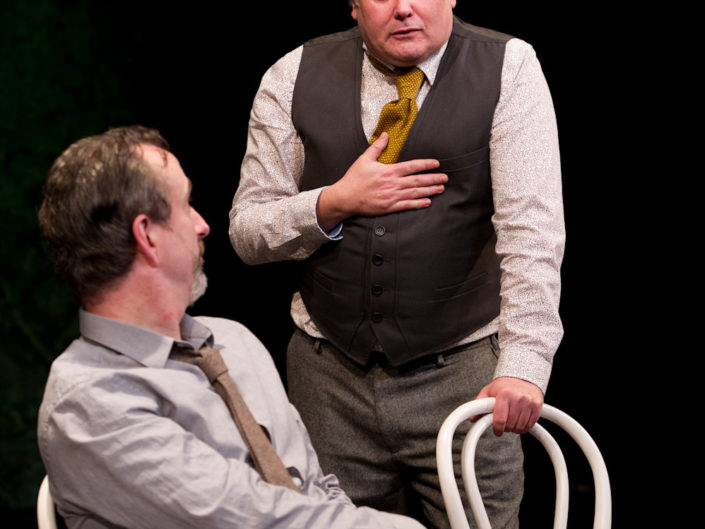 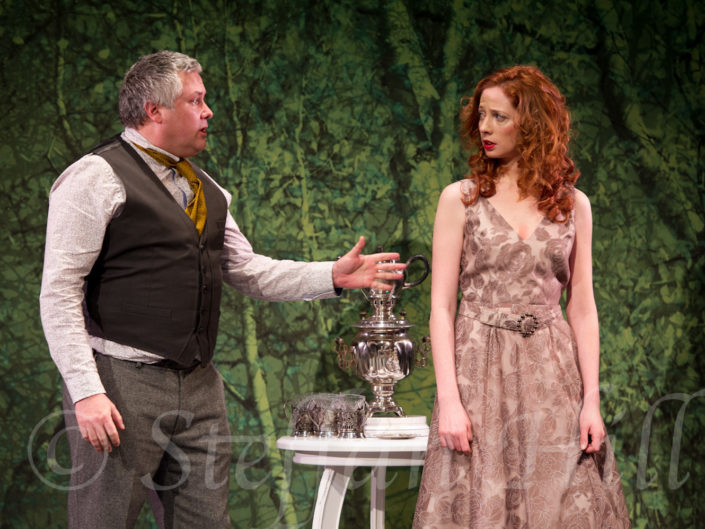 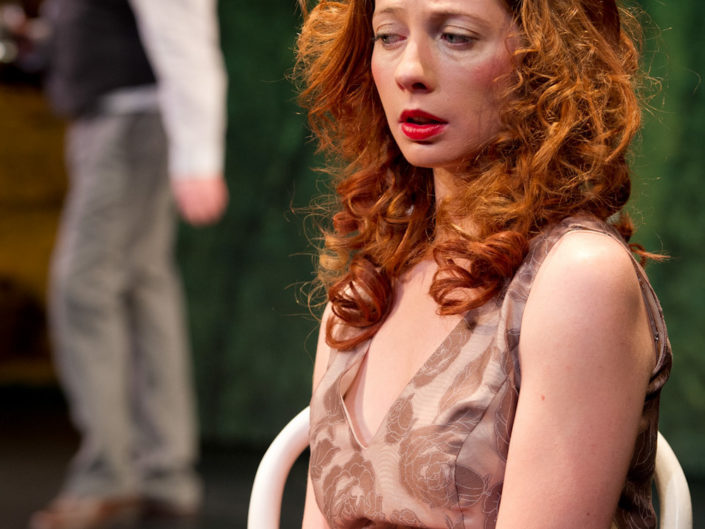 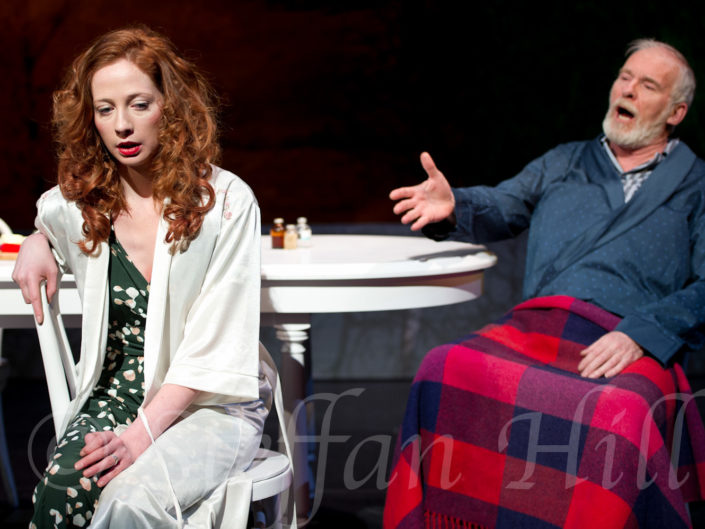 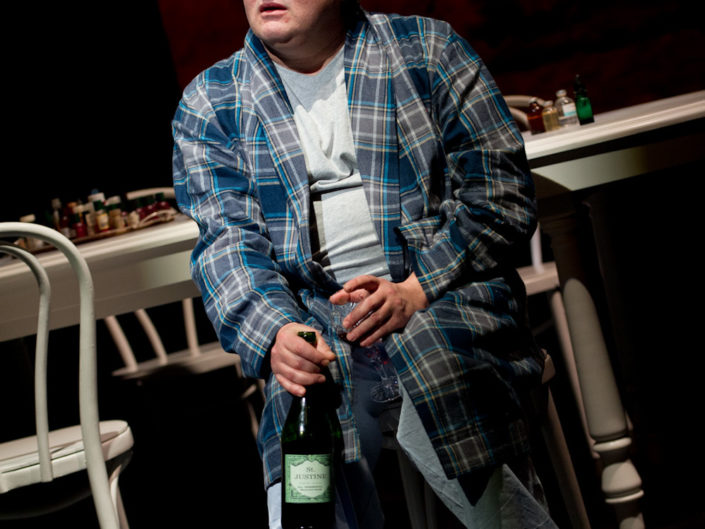 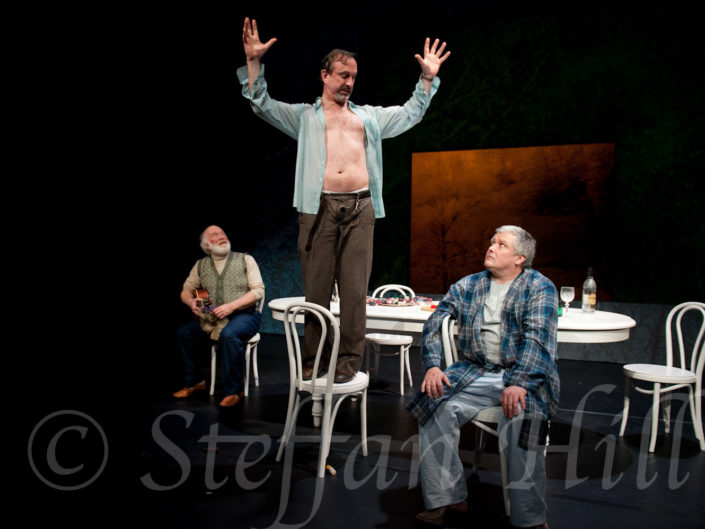 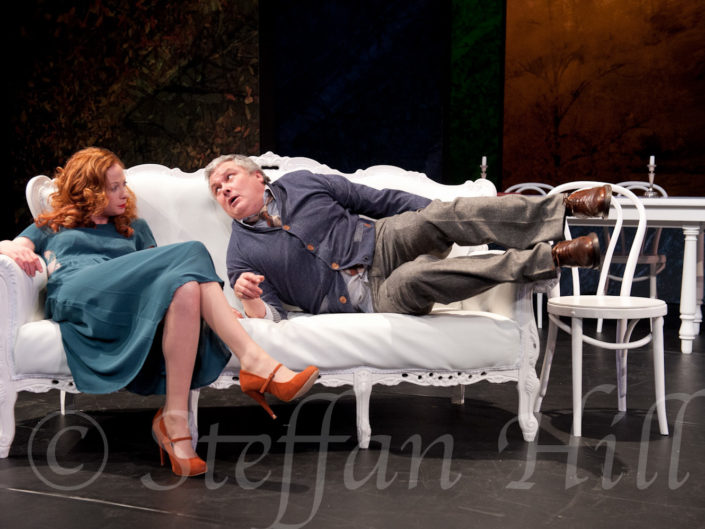 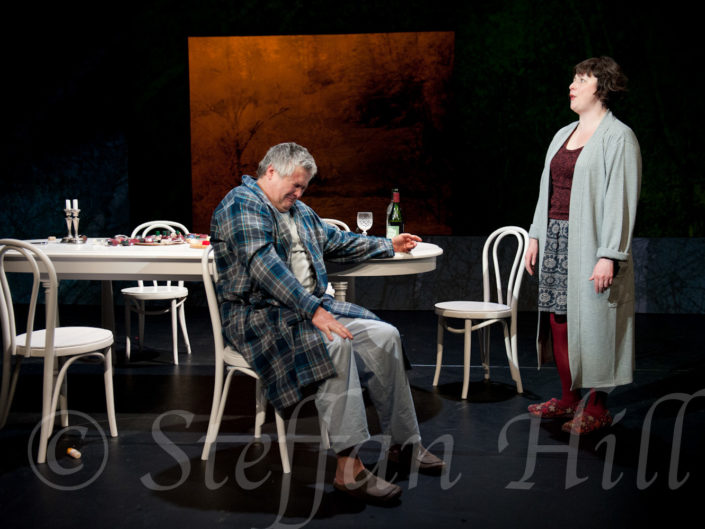 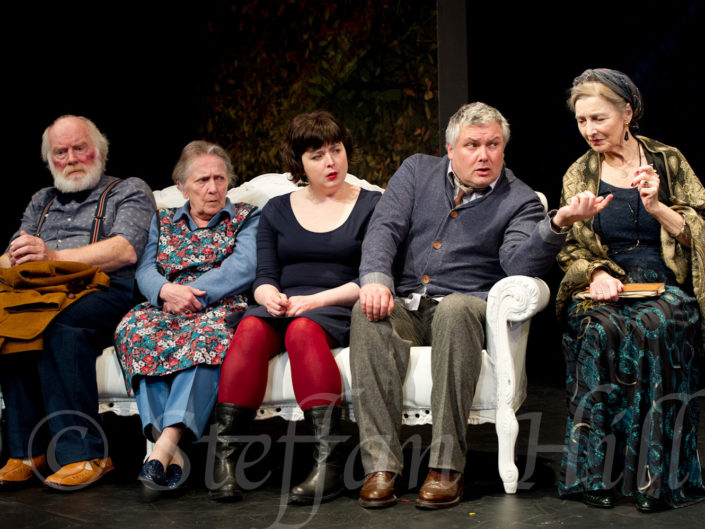 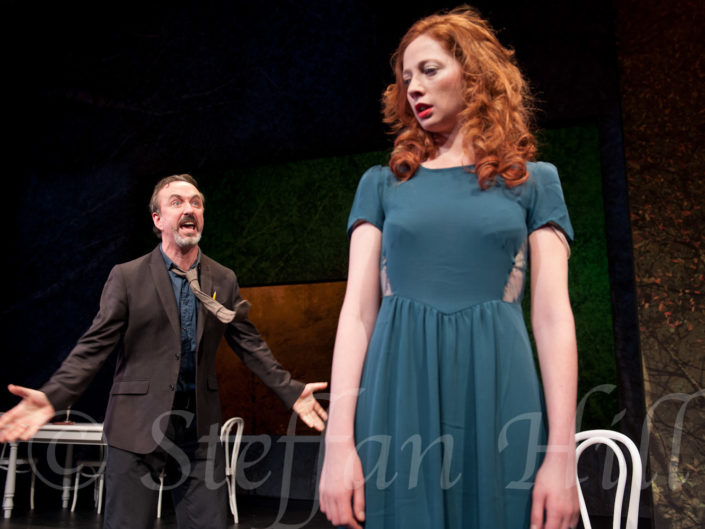 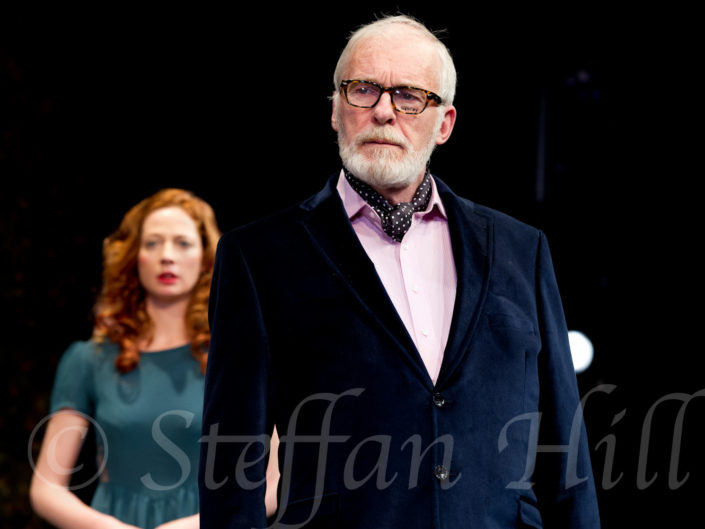 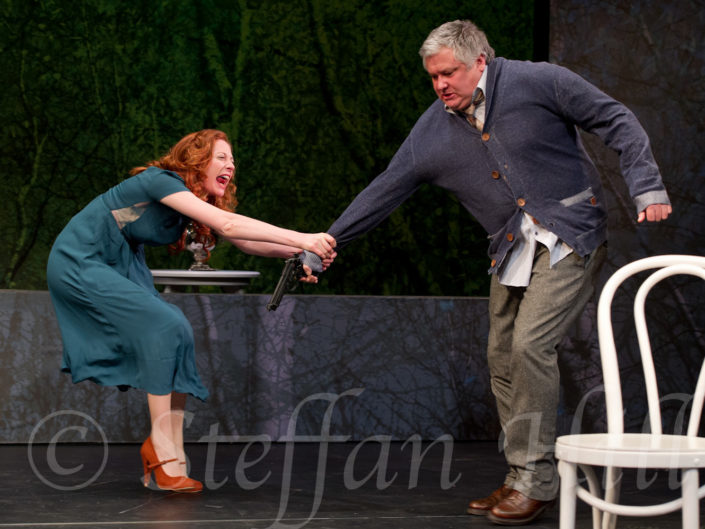 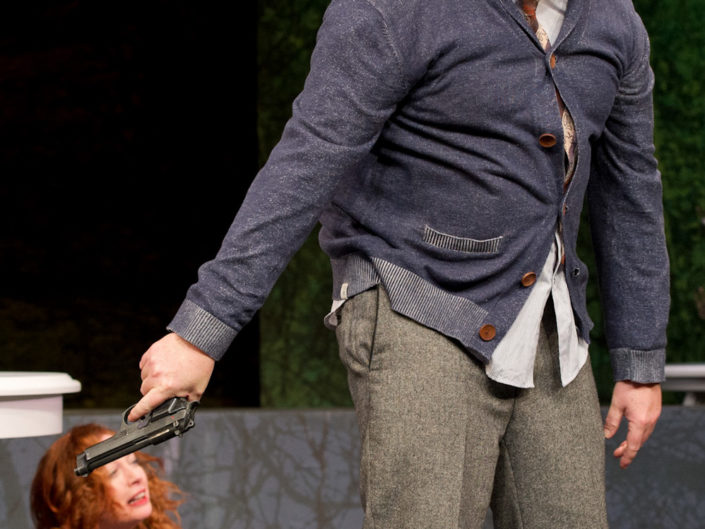 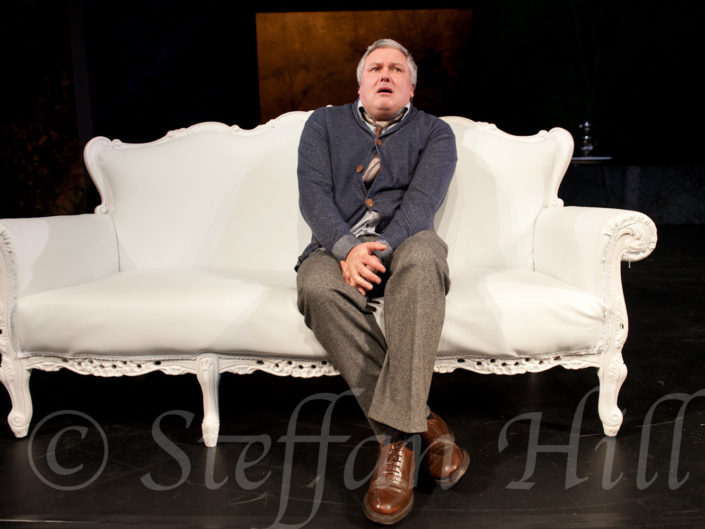 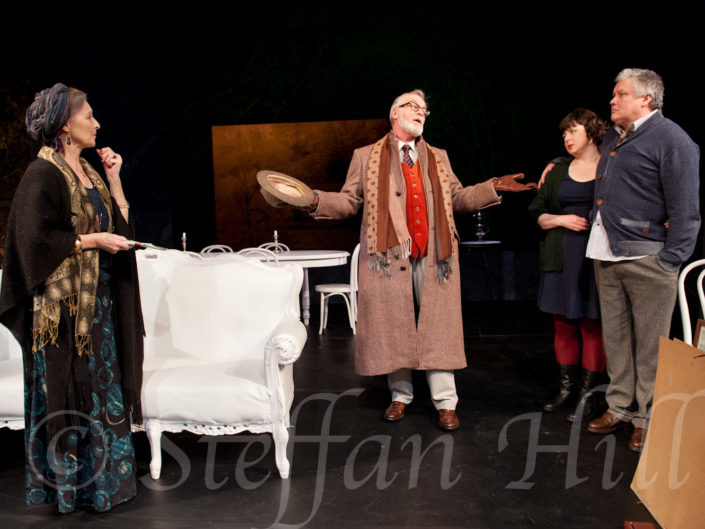 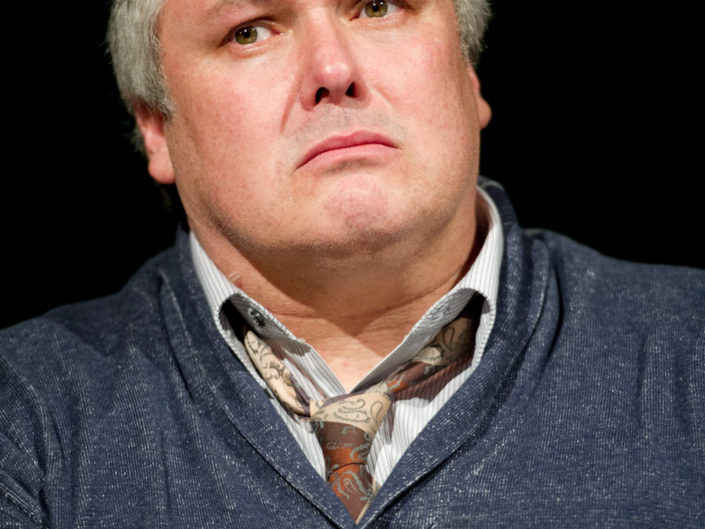