Not red but blood! establishes a connection between the Yugoslav communist, revolutionary and partisan poetry and performance – artistic practices related to the moment of utterance, the eternal present tense. Immaterial and intended for performance – which does not exist without the social and collective moment – poetry arises in the Yugoslav National Liberation War in guerrilla warfare as one of the many art forms: graphics, comics, plays and even choreography, as an equal form of struggle to armed resistance. Poetry is suitable for guerrilla conditions because it is easy to distribute and does not need anything except a clear vision of a new world and language translation into rhythm, into time. The lyrics depict the passion and struggle but also become blueprints of a new world, a stimulus to always go forward, to make the impossible possible, make a free country from the occupied one. As partisans, the avant-garde artists are fighting side by side with people, which learn how to read and write through writing poetry. This fact positions partisan poetry beyond the narrow debates about the autonomy and the political in art. Poets through their self-reflected and precise poems position art into the field of battle. It is not a substitute for politics, it is not subjected to an idea, but is an inseparable part of it. Thus, artistic creativity, revolution and struggle are inextricably linked with verses of Popa, Kajuh, Župančič and others, and this is the ‘red thread’ which shapes the text of this performance.
Not red, but blood! is as a research of possibilities to translate the revolutionary poetry into a performative gesture. The task of the three performers is to search for embodiment and social situation of this poetry today. Performers approach it by analyzing it, seeking its rhythm, listening and surrendering to it, acting as mediums, as instruments and interpeters. They speculatively place it into coordinates of a performance, collective time and space, the public sphere of today, which generally refers towards revolutionary ideas, at best, with postmodern cynicism, or anti-ideological hysteria. Communist, revolutionary and partisan poetry despite the prejudices and clichés about social realism, propaganda and anti-communist contempt, remains a powerful artistic expression and is inextricably linked to the revolutionary and avant-garde ideas of creating a new, better world. 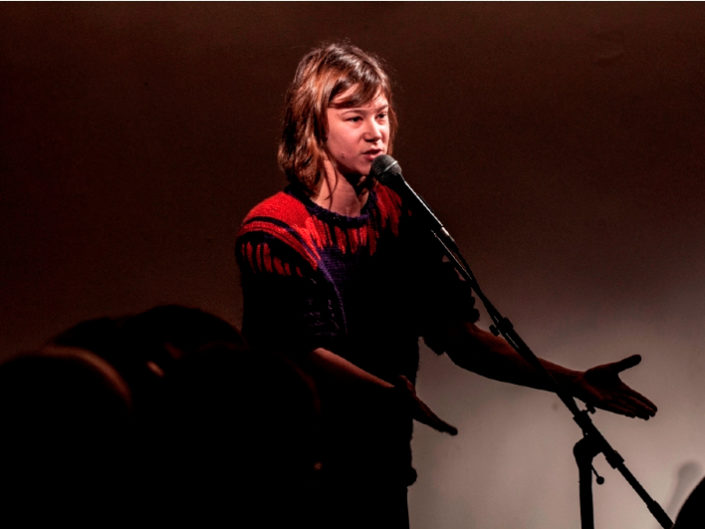 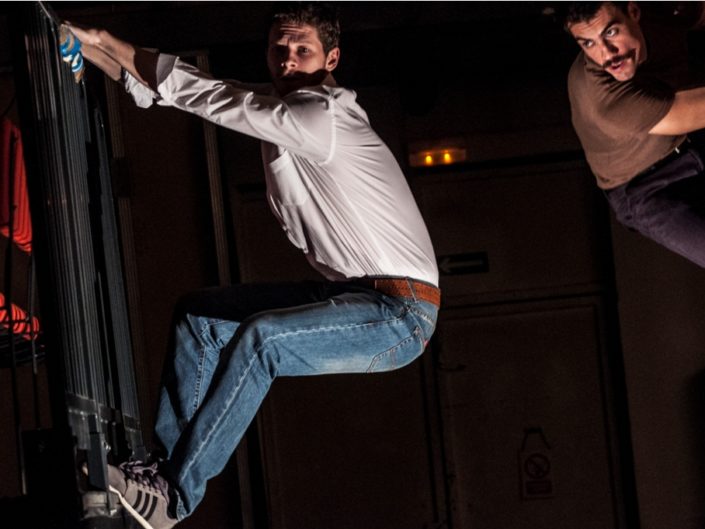 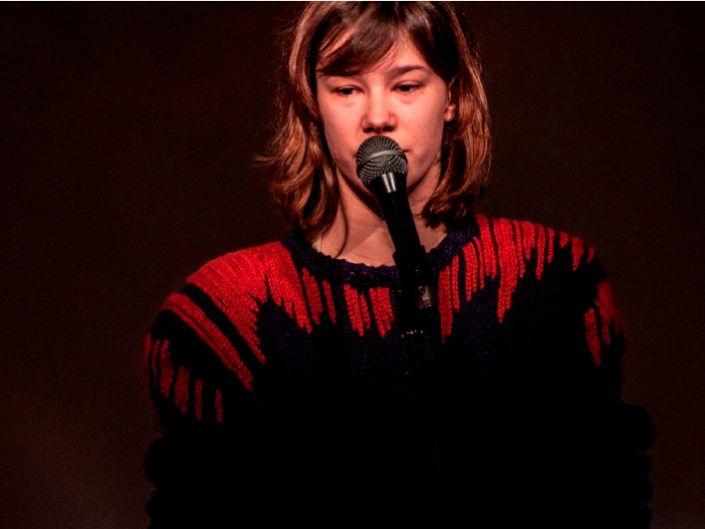 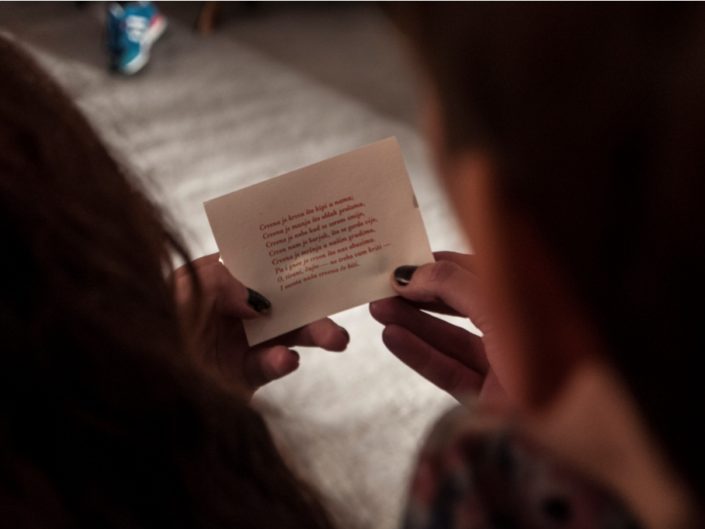 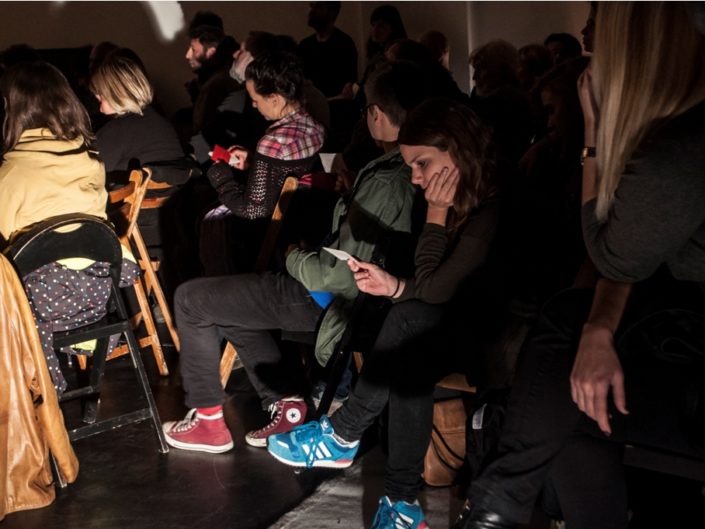 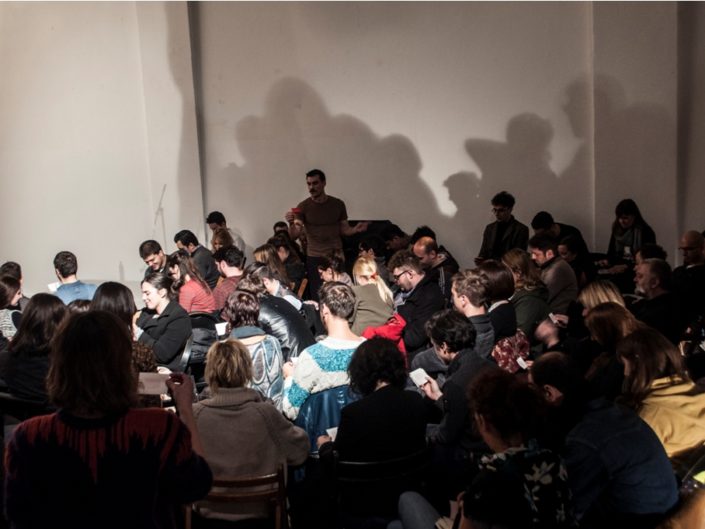 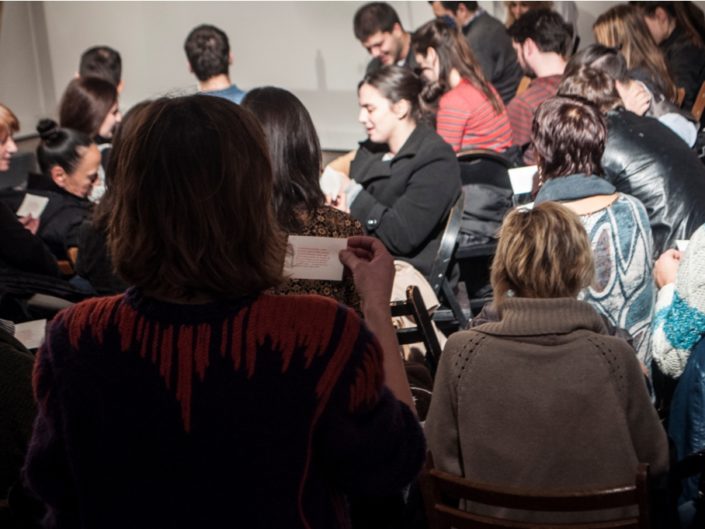 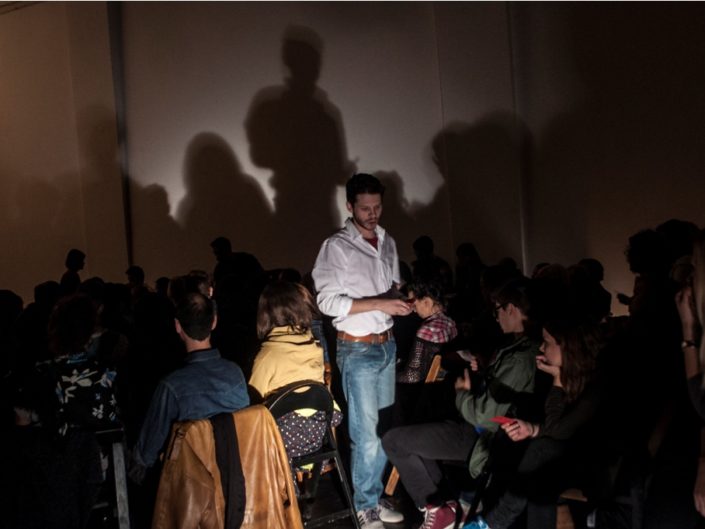 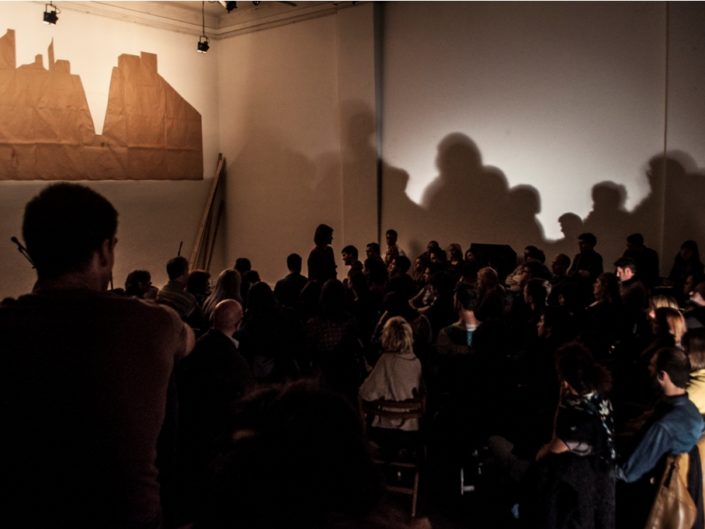 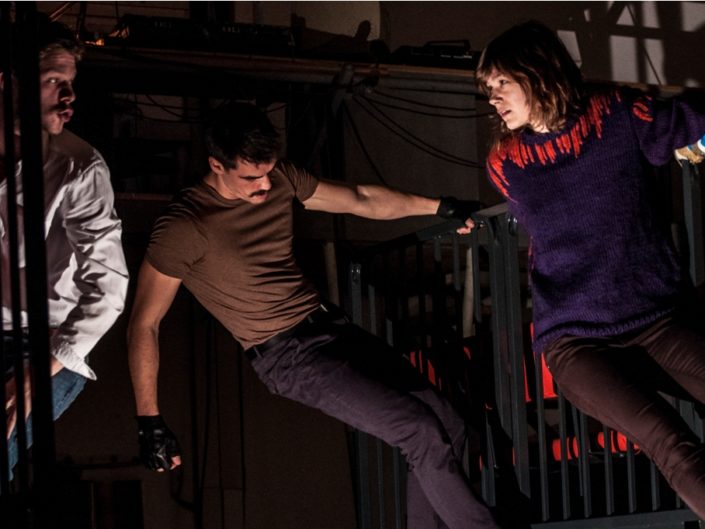 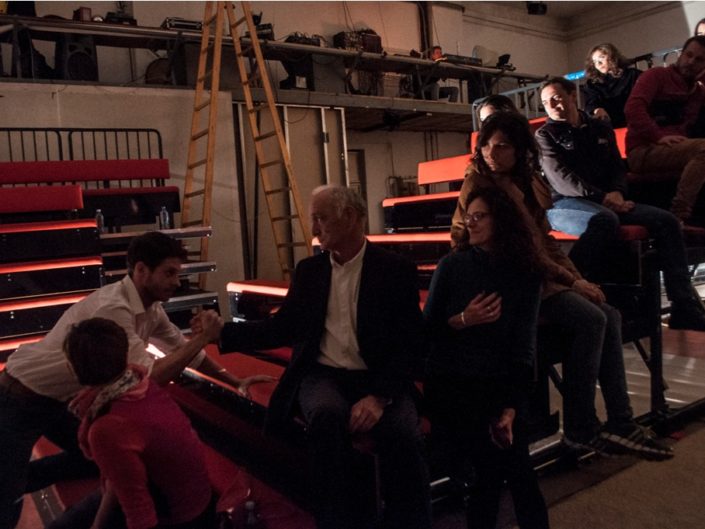 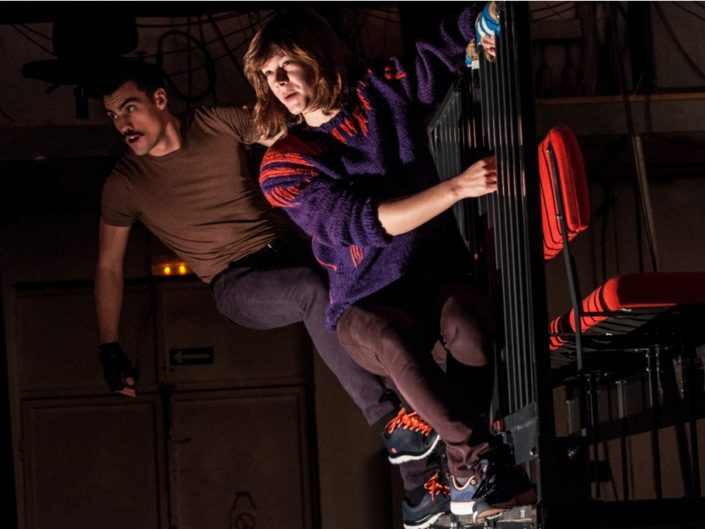 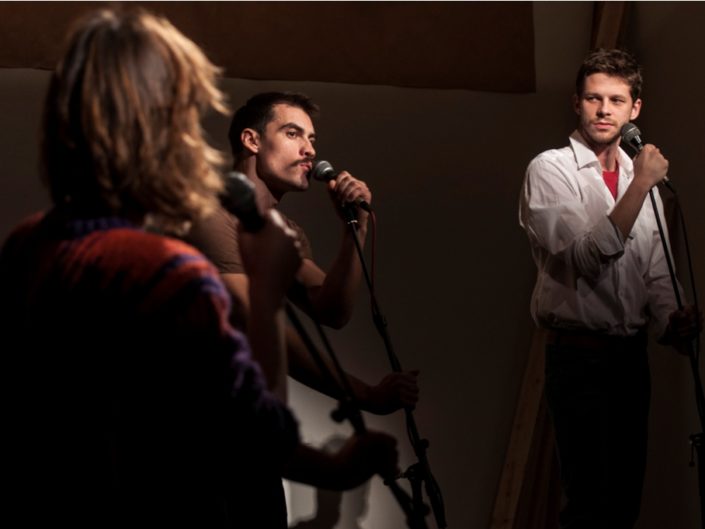 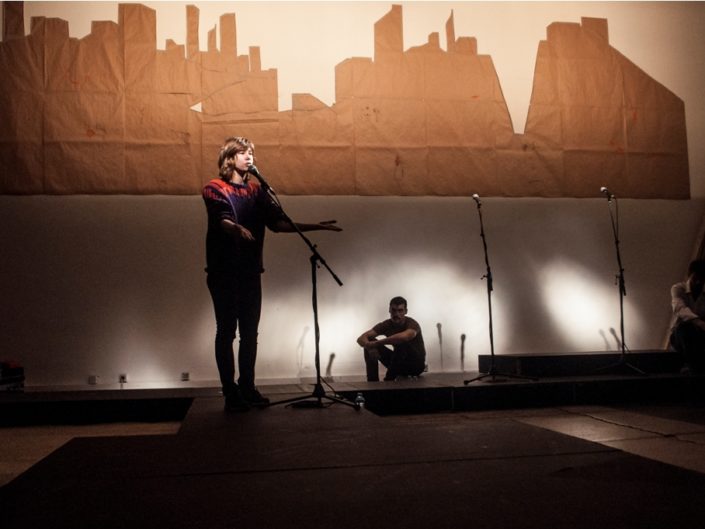 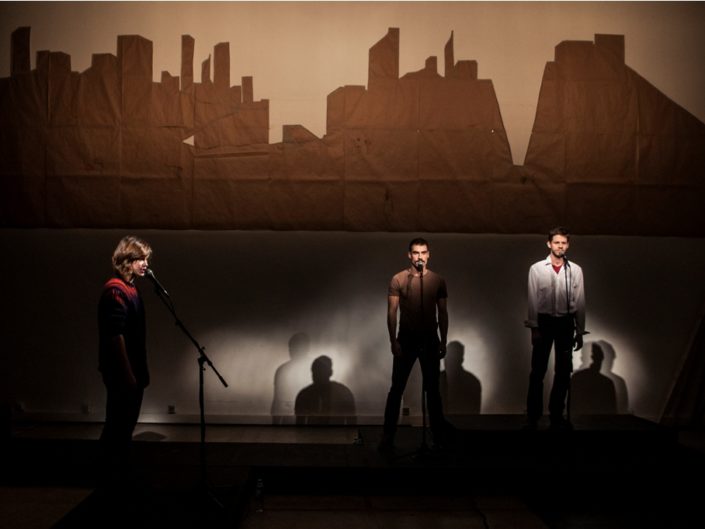