One of most powerful meaning-of-life questions without an up-beat solution is known as tragedy. Of all artistic forms, tragedy is the one that confronts the meaning-of-life question most searchingly and unswervingly, intrepidly prepared as it is to entertain the most horrific of responses to it. Tragedy at its finest is a courageous reflection on the fundamental nature of human existence… (side 11)

“I guess that Hedda, like most of us is longing for meaning of her existence. Here, we can maybe compare Hedda to Gertrud, a film heroine by Carl Th. Dreyer who is at the end of the film saying that nothing really meters in life except love. I think that Hedda is desperately lacking love. Nobody really loves her and in that play nobody really loves another human being – they just need each other to justify their own meaning. Everybody in this play feeds with another human being to survive. Hedda rejects to be a part of that kind of food chain. But there is also ambivalence in herself. She is aware of the intellectual and moral weakness around herself, but she is not morally superior to the others. Weakness and moral ambivalence make her so human and real, and also one of the most intriguing female stage characters of all times.”
My idea was not only to tell the story of Hedda Gabler but to touch the meaning of this play in the context of a bourgeois repertory theatre tradition which has made this very controversial pay into some kind of a box office hit. When this play first opened the audience was shocked and many people left. So, I was interested in the subject of representation of this play in the contemporary theatre context as well as about the representation of a contemporary theatre itself in the context of my performance. In a way, I wanted to thematize the position off Hedda Gabler as a real woman in today’s world, but also a Hedda Gabler – the traditional dramatic heroine in today’s theatre. 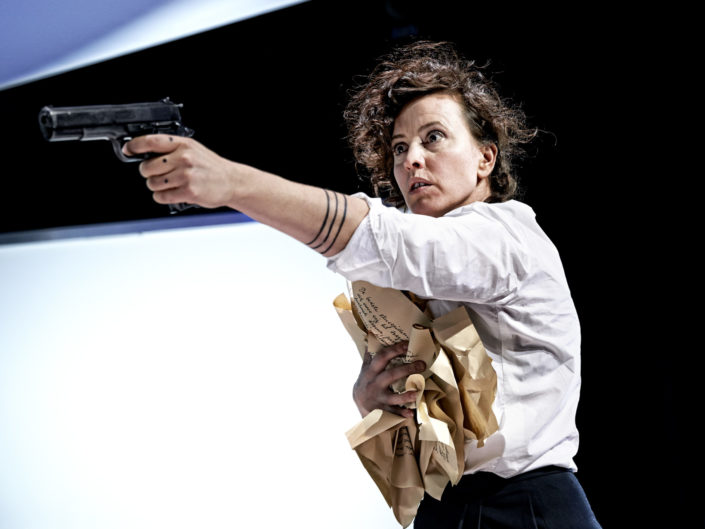 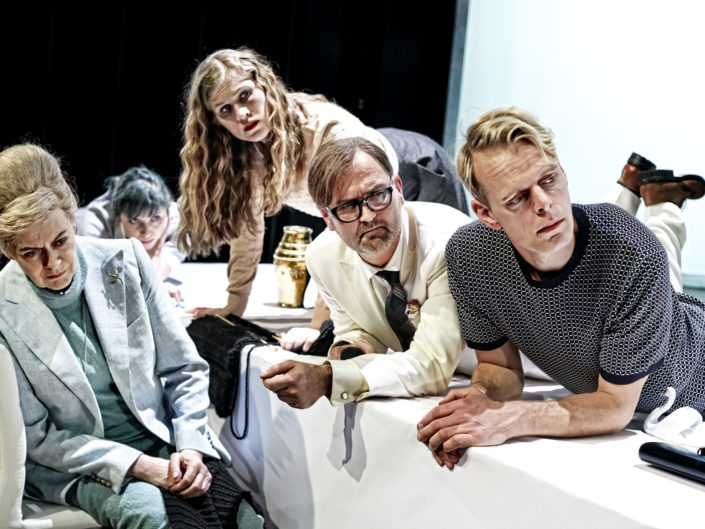 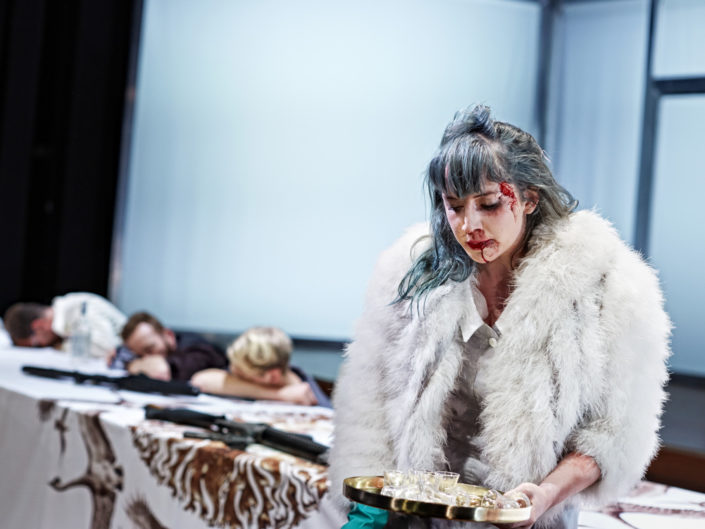 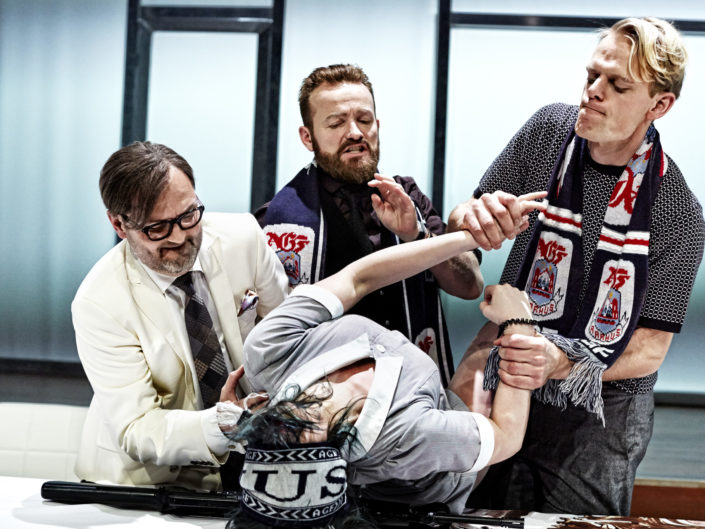 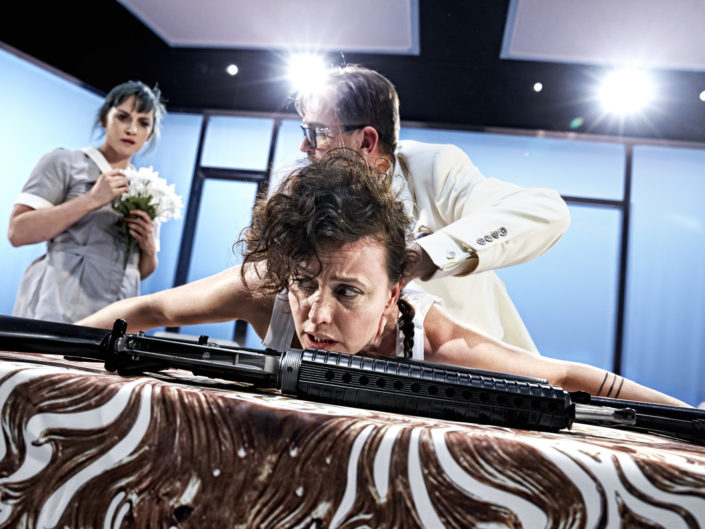 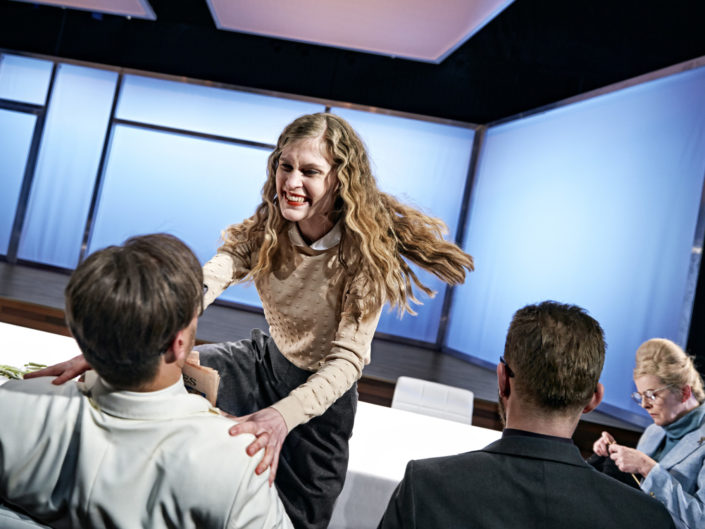 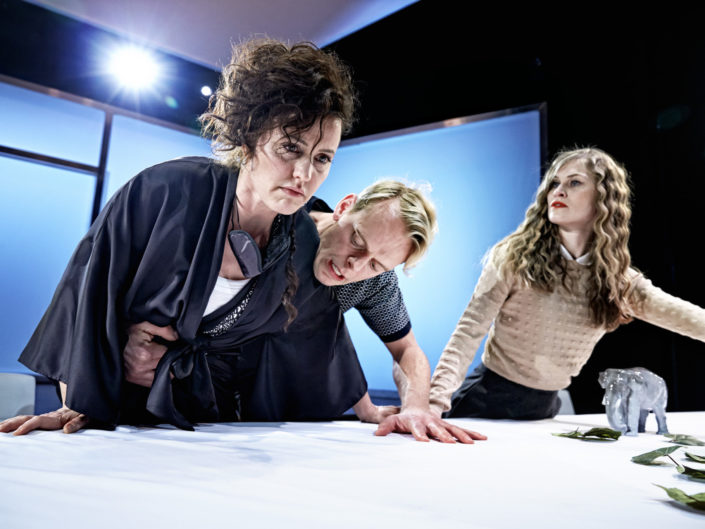 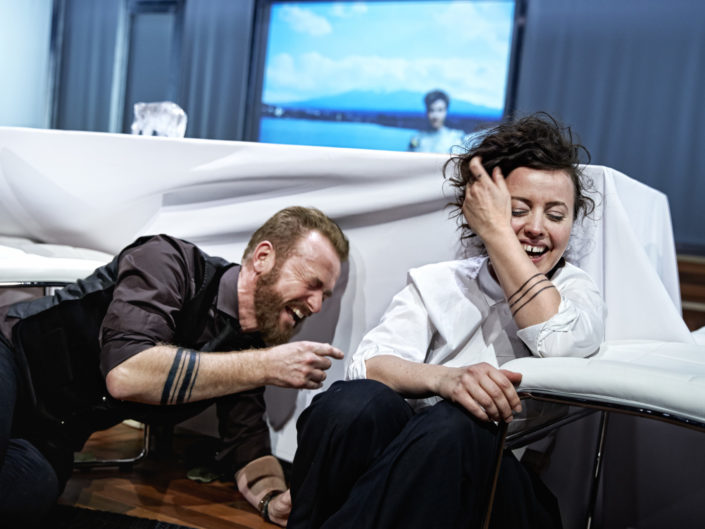 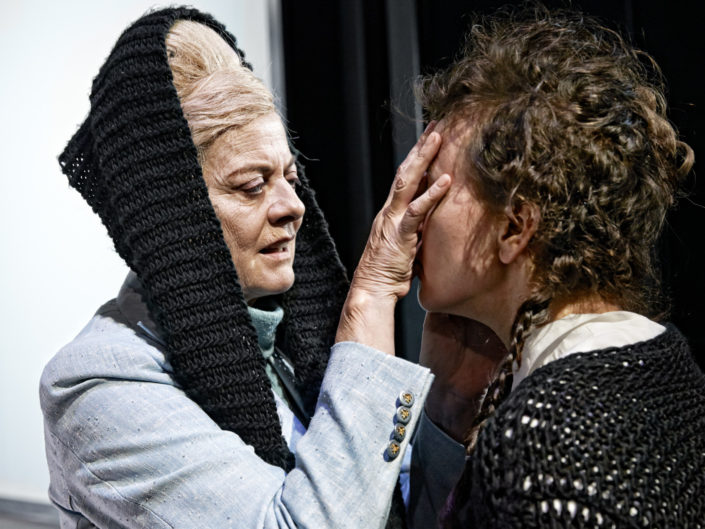